John Simpson, Author at The Post-Searchlight 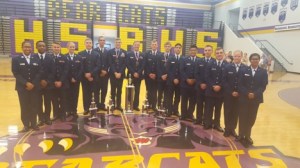 While most people enjoyed their day off in celebration of the Fourth of July, Bainbridge Public Safety was hard at work. Two traffic stops conducted ... Read more

Georgia state legislature does not revive tax-free weekend in 2017

The Georgia state legislature did not introduce a bill in its most recent session to renew the state tax-free weekend for 2017, ending the past ... Read more

A farewell to Bainbridge, my first professional job

Places are funny things in a person’s memory banks. A good time, a bad time, or an indifferent time will stain a place permanently ... Read more

Fireworks, live music to brighten up boat basin for Fourth of July

The city of Bainbridge is hosting its annual Fourth of July fireworks celebration again at the Earle May Boat Basin on Tuesday. Read more

Georgia added another to their already talented lineup

Kirby Smart’s first year at Georgia was to be expected out of a first year coach at any program. However, his second year is raising ... Read more

A man is behind bars after attacking another man with an axe Monday on Mount Olive Church Road after a dispute. Read more

BassCats compete on a national stage 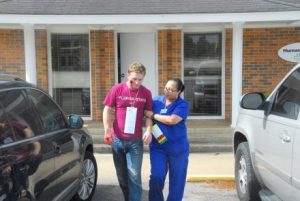 Bodies were strewn across the floor, wounded and moaning as Bainbridge Public Safety cleared the rooms of the Memorial Hospital Human Resources building. Once the ... Read more

As soccer becomes more and more popular in the United States, youth in Bainbridge and the surrounding area are finding more and more opportunities to ... Read more