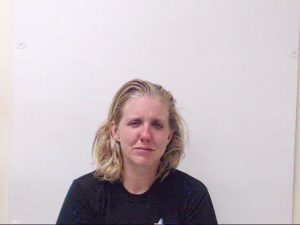 Tabitha Markoski, 32, was arrested for possession of methamphetamines. 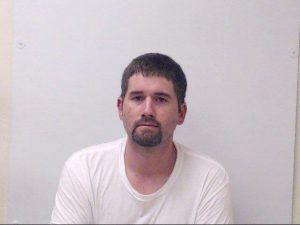 Kennie Bennett, 35, was arrested for possession of methamphetamines.

While most people enjoyed their day off in celebration of the Fourth of July, Bainbridge Public Safety was hard at work. Two traffic stops conducted by BPS led to two arrests made for possession of meth, along with other charges.

The first of the two arrests came at approximately 9:27 a.m., when BPS office Jayson Myers noticed a car traveling in the opposite direction on College Street had a taillight out.

According to Myers, he turned his car around and initiated a traffic stop on the vehicle. The driver of the vehicle was Tabitha Markoski, 32.

“When making contact with her I was able to determine that she was acting nervous about something. She immediately told me she didn’t have a license,” said Myers. “I noticed that her hands were shaking, she was sweating profusely around the lips and I saw a little bit of a twitch.”

Myers determined something was wrong. According to Myers, Markoski denied his request to search the vehicle because the vehicle was not hers.

“We searched the vehicle since the dog alerted on it,” said Myers. “I located a meth pipe on the passenger floorboard. Then on the actual windshield, sitting on top of the windshield wiper blade, was a syringe loaded with about 70 CCs of meth.”

Markoski was arrested and charged with possession of meth, possession of drug related objects, tail light and tag light requirements and driving while license suspended.

Later that day, at approximately 2:26 p.m., BPS officer Davina Evans noticed a driver operating a vehicle without a seatbelt on.

Evans pulled the car over at the Zip Trip on East River Road.

While approaching the vehicle, Evans said she noticed the driver reaching down to the passenger floorboards, putting her on alert.

“As I got out of the patrol car, preparing to approach, I saw him bending over reaching down to the floorboard on the passenger’s side,” said Evans. “That made me nervous. I didn’t know if he was reaching for a weapon or if he was trying to hide something.”

Evans said when she was going to run the license information, she noticed the driver, Kennie Bennett, 35, reaching down to the driver’s side floorboard.

According to Evans, at that point she decided to request Bennett step out of the car. After explaining why his actions were making her nervous, Bennett explained that he was reaching for change on the floorboards so he could buy something from the Zip Trip, according to Evans.

Evans said she asked to conduct a search for her safety, which Bennett consented to.

“I called for backup to stand by him while I search,” said Evans. “When I went to search, under his floorboard was a loaded syringe with suspected meth inside. There was a teaspoon, a spoon, all the things that you use for meth in a zip lock bag under the driver floorboard.”

Evans placed Bennett under arrest and he was charged with possession of drug related objects, possession of meth and a seatbelt violation.