The City of Climax will hold an election for the at-large council seat presently held by incumbent John ...

Climax’s Mayor Charles Hadsock laid down the gavel for his last time after calling the City Council meeting ... 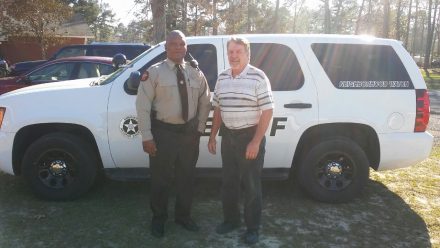 The Climax Pisgah Community Neighborhood Watch had a meet and greet on Saturday, March 3, at Pisgah Church.

The City of Climax will no longer have a police department. The decision was made at the Climax ...

According to the media, Punxsutawney Phil didn’t see his shadow on Feb. 2, a good sign that there ...

A group from Climax visited the popular attraction in Florida called “The Holy Land Experience,” then on to ...

Joseph decided to combine traditions from his Southern and Filipino heritage. The “Pinoy (Filipino) Country Christmas” was born. ...