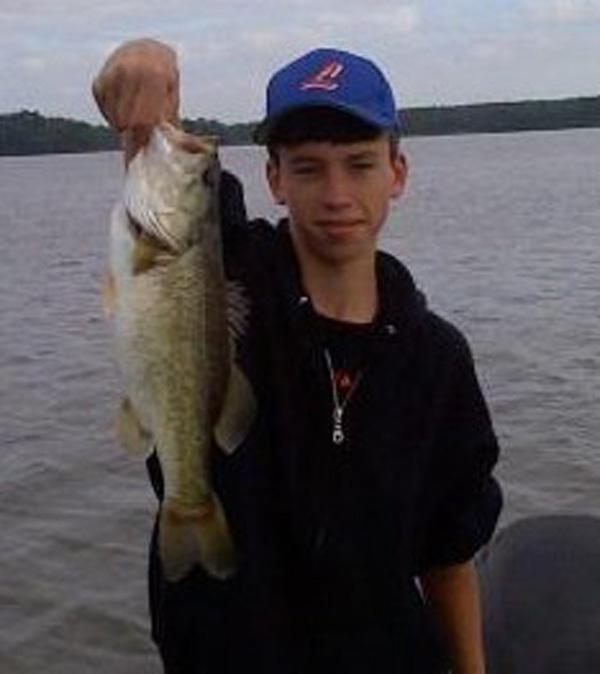 BRANDON LOONEY, 14, of Americus, Ga., with one of the nice bass he caught while out fishing with Paul Tyre. 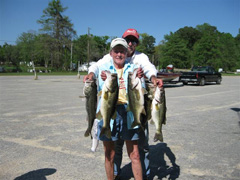 LONNIE WALSH, winner of the Talquin Hookers Club Tournament out of Wingate’s last weekend with her winning/club record-breaking catch.

This scribler seen the first electric car, (total electric). The gentleman sed it would go 165 miles at 55 mph without charging. This mite be a good thing, but I’m sure there is a lot of kinks to be worked out.

Teresa Edwards of Cairo, Ga., is going into the Baskit Ball Hall of Fame. She led the University of Georgia Ladie’s Basketball team to the Final Four twice in a row. We understand she is coaching somewhere.

Brandon Looney, 14, of Americus, Ga., took a 7-pounder and five other nice bass while out fishing with Paul Tyre.

Thirty-one bream by Ethan and Branden Carson watched by their dad and grandfather.

The hi winds and storms took a toll on the fishen this week. The downtown section of Faceville was without power for several days.

Twelve bass was taken, fishen Sinkos over the floating grass. Several other limits of bass were taken up to 7 pounds. One boat reported six Bass—four hybrids—16 crappie and two jacks, all on artificial lures.

The Bass Bonanza had the following results: First Creel and Creel with 30.5 pounds, second Lawhorn with 23.5 pounds, third Brown and Cleghorn with 22.9 pounds and Big Fish, Ralph Nell 9.62 pounds. This was on Talquin.

The Shellcracker Tournament out of Big Jim’s had 31 adults and nine kids, they caught a total of 275 fish. Kim Miller took first place with 23.35 pounds, Trip McCarty took second place with 23.21 pounds, Shane Culverson took third place with 21.97 pounds. Each of the above had 25 fish. Carson Harrell had Big Cracker at 1.39 pounds. I’m sure everyone had a great time and the money to a great cause, the Donalsonville Band.

It started at the end of last summer. I was in the pool throwing my grandson, Henry, high up in... read more