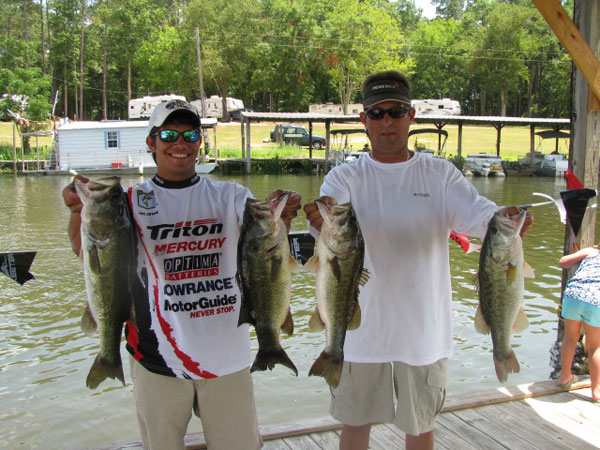 PAUL TYRE AND NIC JETER with their second-place catch in the Media Bass Tournament on Sunday. 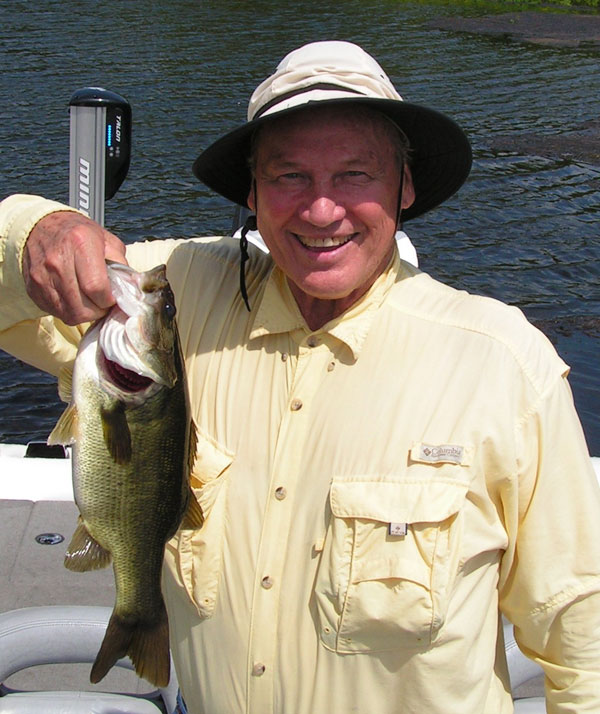 SONNY SHROYER, who played Enos on the “Dukes of Hazzard,” with a nice bass he caught while out fishing with Randy Cnota of Valdosta. 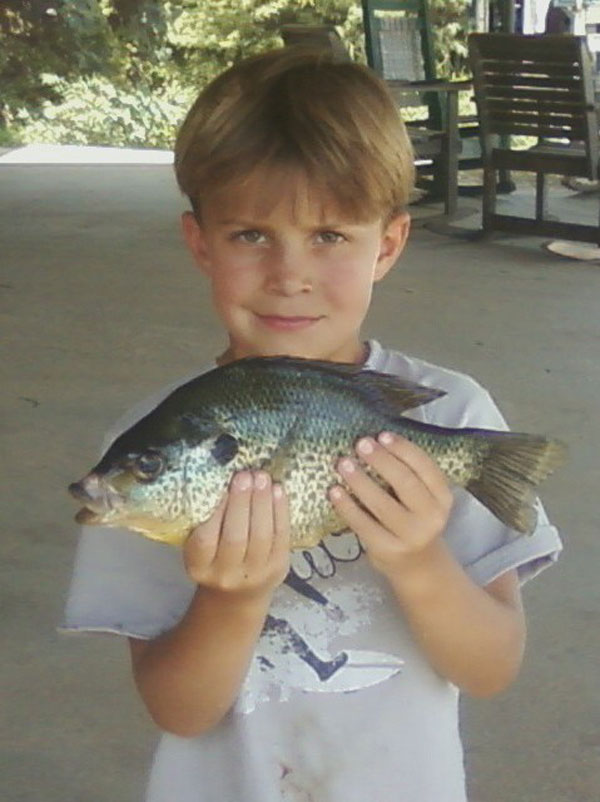 YOUNG WILL HOWELL of Bainbridge with a nice shellcracker he caught while out fishing with his grandpa, David Howell.

I have heard of some of the most unusual catfish bait, but Friday, a man from Ohio had one I had never before heard of.

He had never been on the lake before and caught 17 catfish! He cut up chicken breasts and just as he got ready to use a peace, he sprinkled a small amount of strawberry Kool-Aid crystals on it. He sed it had never failed him on any lake he’s ever been on.

Now my very best catfish bait is to get fresh chicken blood off the floors where they butcher chicken. Keep it cool then wrap it around your hook several times, drop it over the side of the boat in moving water until it hits the bottom. Pull it up about 6 inches to a foot off the bottom, that keeps the Polly-Wogs from eating it before a channel gets caught.

Bit-O-History, Admiral Chester Nimiz was attending a reception in Washington when a call came from the President. Mr. Roosevelt told him of the attack on Pearl Harbor and that he was to procede to Pearl, at all possible haste, access the damage and report.

It took several days to reach the damaged scene, his first report was that the Japs attacked on Sunday, that’s God’s Day. Second, 80 percent of the crews of those ships were ashore. Third, just across the bay lay our dry docks unharmed. Fourth, 5 miles over that hill lays our oil supplies, one plane could have shot the tanks and we would have been out of fuel for months.

The bass has had to take a backseat to the bream, catfish and shellcracker. Now there has been a pile of big wigglers, stink jims and crickets. Many stringers of all three were brought over the dock this week.

We were winding down this week when Sonny Shroyer, who played Enos on the “Dukes of Hazzard,” showed up.  He used to play football for FSU and came up here to fish with our friend, Randy Cnota of Valdosta. We also learned that he played the part of Bear Bryant in “Forest Gump,” and to me that was a very interesting movie.

This past week, we had two days of constant wind blowing hard enough that had we had the big wind turbins up we could have sold Georgia Power a pile of electricity. Then we had a few calm days where you could pole fish anywhere you wanted to.

The Cooks had a cooler full of bream, shellcrackers and catfish. Steven Wells had 60 bream with Bobby and Jack Peoples and wife, Lisa.  Allen Carter with Sam Christy of Woodstock, Ga., had 80 big shellcrackers on wigglers.

We now announce the Jack Wingate Saterday Nite Big Fish Tournaments from 4:30 to 9:30 p.m. A $50 entry fee with an 85 percent payback.

Paul Tyre and Nic Jeter are at it again taking second place in the Media Bass Tournament on Sunday with 20+ pounds! We’re really proud of them.