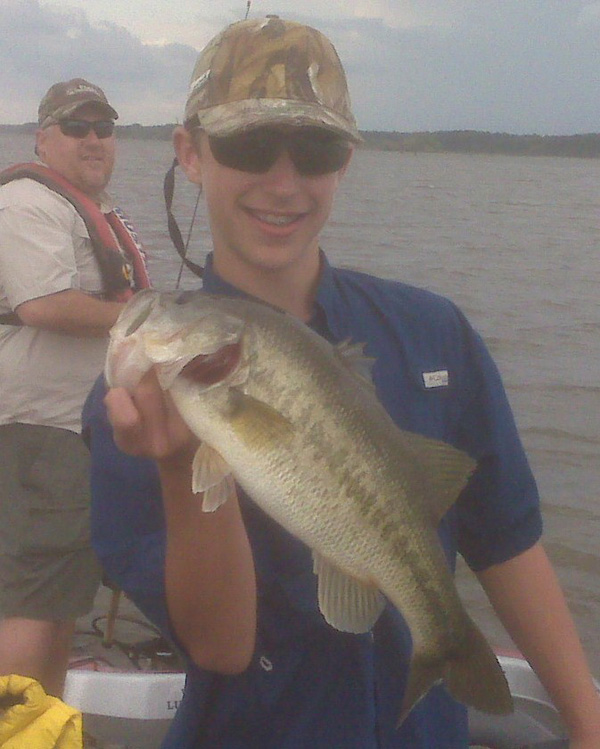 GAVIN HIERS shows off a five-and-a-half-pound bass he caught while out with pro fisherwoman Pam Martin-Wells. 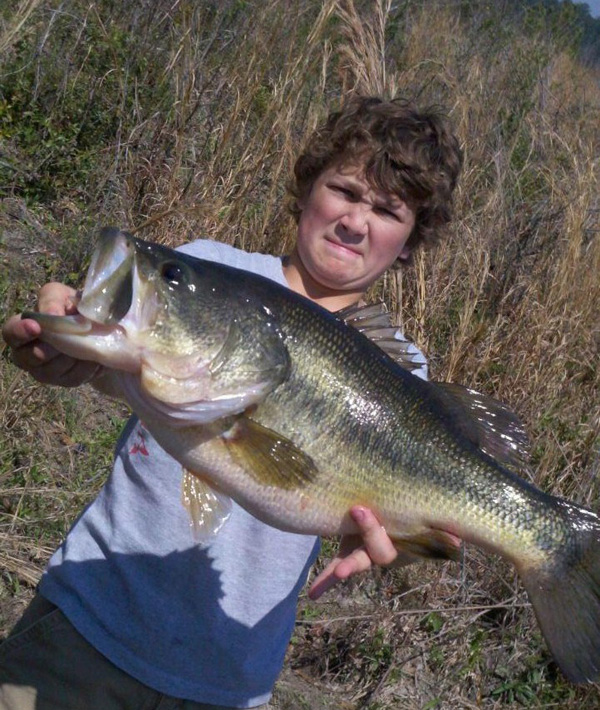 SHOWING OFF A HUGE BASS he caught in a private pond is Jake Jeter of Faceville.

For those of you who mite remimber my words on Bocephus, Hank Williams Jr. and his whiskey sales, well we found out the name of it, “Pop Corn Sutton,” White Whiskey, made in Nashville, Tenn.

Jim Yarborough at 7:30 p.m. in the afternoon made 10 casts with an old-fashioned Baby Zara Spook and he landed a 6.5 pounds, 5 pounds, 4 pounds and a 3-pounder. The old lures still work.

Biggest crappie taken this week that we know of is 3 pounds, 8 ounces, now that is a big one. You know he released it to swim off. Thirteen crappie on jigs 8 foot deep. Cook and Newman took 40 specs on jigs and minnows, big perch taken on jigs/minnows.

All in all, except when the wind is hard out of the east and the water fallen, it’s been very good for fishen.

The Bassen Gals of Tallahassee (Talquin Hookers) fished out here Saterday with the following results: Barbara Wachter came in third with 10.17 pounds, Brenda Taylor came in second with 10.71 pounds and Lonnie Walsh came in first with 21.04 pounds and Big Fish at 4.71 pounds. To catch a stringer of fish that big, she had to have culled several fish.

Fishin’ in the rain

Willow flies on the Hootch