Bearcats to take on Jaguars 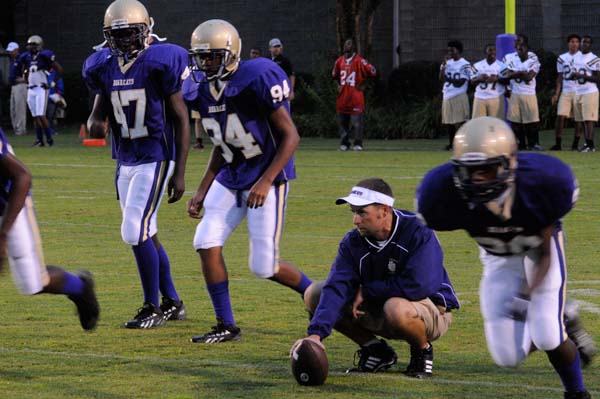 The East Gadsden High School Jaguars will travel north on Highway 27 from Havana to take on the Bainbridge High School Bearcats Friday night at 8 pm at Centennial Field. This game will be the season-opener for both teams.

This game also marks the beginning of the Jeff Littleton era of Bainbridge football. Littleton was named head coach of the Bearcats last March after Ed Pilcher resigned and took the head job at Berrien County High School.

In last year’s game, Bainbridge could not overcome five turnovers and didn’t take advantage of numerous offensive opportunities in losing to East Gadsden 35-14.

Like Bainbridge, East Gadsden will have a new head coach of the sideline Friday night. Trace Laing, a member of East Gadsden’s staff since 2009, was named head coach. The vacancy was created when former head coach Corey Fuller resigned to accept a position on the football staff at Florida A&M University.

Littleton said the Jaguars are similar to the Bearcats when it comes to play schemes.

“Offensively, we are very similar to us. They are based out of the I-formation and throw the ball around a good bit,” Littleton said. “Defensively, they play an even man front and have lots of speed to pursue the football.”

The starting time for home football games this season has changed. Home games will begin at 8 pm at Centennial Field.