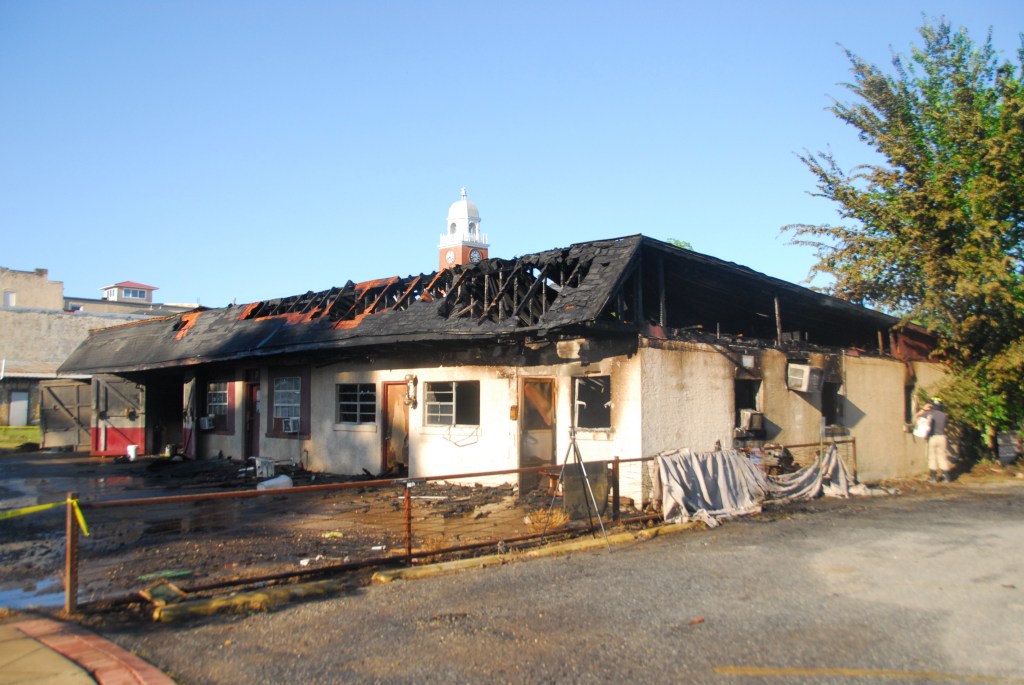 Bainbridge Public Safety responded to a fire on Monday night just before 1:30 a.m. on the 300 block of Broad Street.

The fire consumed the building that housed Brinson Barber Shop and Brinson Car Detail. The building also had five apartments on the backside.

The fire marshal is being called in to investigate the cause of the fire, according to BPS Fire Chief Doyle Welsh.

“One of the guys heard a bang or explosion type noise and got up and saw the fire,” said Bainbridge Public Safety fire chief Doyle Welsh. “He started getting everyone out of the houses.”

The fire burned through the three roofs that the building had on it and collapsed the ceiling of the building.

Bainbridge Public Safety as well as Decatur County Fire and Rescue and Blackjack were all used to fight the fire.

BPS fought the flame all night and was still fighting “hot spots” on Tuesday morning.

“(Hot spots) are hidden fires between the three roofs,” said Welsh. “When we open up something, it gets air and starts to burn again.”

The fire spread through the attic of the building. Because of the fire’s location, all apartments were damaged by either the fire or water used the fight the fire.