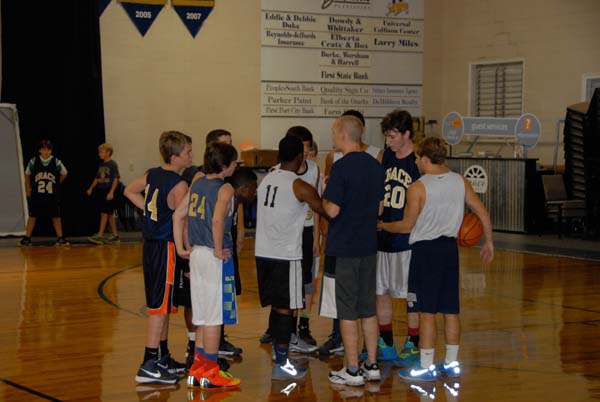 “The players on our boys teams got to attend camp at Georgia Southwestern, but the girls’ trip to camp had to be cancelled, so I wanted to give them more time to learn and practice,” said GCA’s recently-hired athletic director, Tommy Yancey, who will also coach basketball. “Both the boys and the girls improved as the week went on, and I’m proud of the work all of them put in.”

Both boys and girls participants in the camp, which was free to GCA students, honed their fundamental skills with drills, learned new set plays and did some running to start getting them in shape as the summer break winds down.

Coach Yancey said both of his teams will make good use of the man-to-man press defense, in which defenders try to “trap” the opponents’ ball-handler and force a turnover. The main benefits of the man-to-man press is that is a relatively simple defensive scheme and can limit opponents’ chances to score. However, it can also be physically exhausting, as there is no waiting for the opponent to dribble down the court — defenders run toward whoever has the ball, no matter where they are.

“That’s something we’re going to work on as soon as practice starts in October,” Yancey said. “The kids are used to sleeping late and maybe not practicing basketball as much during the summer when school is out. I’m encouraging them all to run in their off time and start getting in shape.” 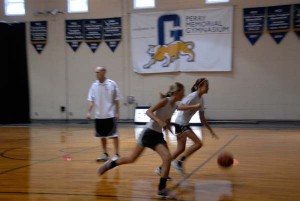 One way for the coach to motivate players to give their best during the week of camp was to have them run sprints if he noticed them loafing. Yancey teaches his players to have a team mentality—if one loafs off, everyone has to run; at the same time, if one player made a good play or gave a good effort, those standing on the sidelines clapped for them.

“All of us have to work to keep going when we’re tired,” Yancey said. “The other team isn’t going to care if we’re tired, and if we’re in good shape and they get tired, we will have good opportunities to get down the court and make baskets.”

Coach Yancey, who was hired earlier this summer, said the week of camp was a good time to meet his players and get to know them and their parents better.

And of course, at a private Christian school, there was also incorporation of faith: Yancey ended the girls’ camp on Friday by having everyone huddle up while he prayed that the players would have a smooth return to classes next week and continue to develop their basketball skills.

“Once volleyball and soccer are over in the fall, we’re going to get to work on getting ready for our season,” Yancey said. “I think we’re going to have a good year.” 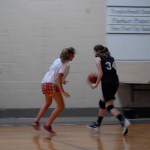 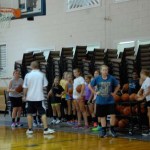 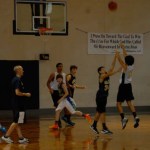 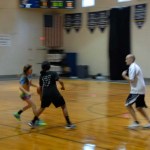 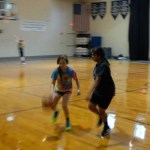 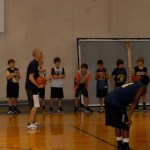 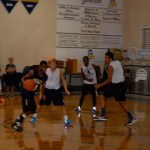 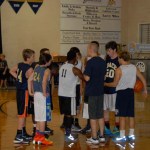 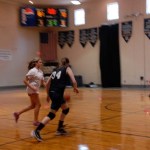 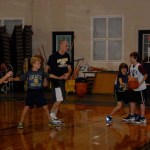 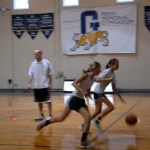 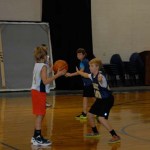 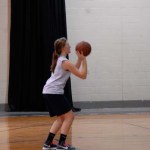