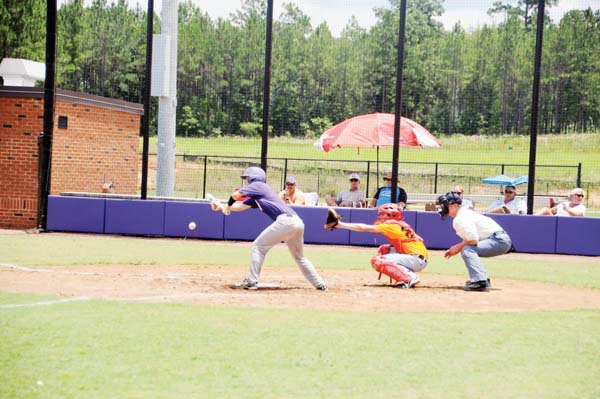 Even though school was out, baseball was still in full swing during the month of June.

Wednesday, Bainbridge’s varsity team finished up the latter part of their summer baseball schedule with games against Cairo and Thomasville. The Bearcats played games nearly every weekday in June, according to varsity coach Brian McCorkle.

Even though the games may not technically “count” on the scoreboard, McCorkle said the summer baseball schedule is still an important part of a program’s development.

“We want to continue to emphasize to our kids to compete at the highest level,” said McCorkle, who recently completed his first season as the Bearcats’ varsity baseball coach.

McCorkle said that the summer baseball schedule is also a good way for coaches to determine which players will fit which roles, in the upcoming 2014 season.

“It’s sort of like baseball’s version of spring training,” he said. “It gives us an opportunity to see our rising ninth graders, and gives us a chance to let some kids pitch or play different positions that they haven’t usually played.

“Because we play so many games in a short period of time, it allows us to spend a lot of time together and develop that camaraderie that’s so important to having a good team.”

Bainbridge also participated in several tournaments, including one at Leon and another at Chiles.

McCorkle said that some athletes play several sports, but there are not any conflicts among those sports. For example, he noted that football players do their weightlifting in the morning and are still free to participate in the baseball games, which are held in the afternoons.

For those athletes who may have a conflict — such as basketball players who also have some afternoon games — the coaches work things out to avoid misunderstandings.

“We encourage our kids to play at least two sports,” McCorkle said. “We work with the other sports’ coaches, and there are usually no problems. We want to make all of our school’s sports programs better, and we don’t have any conflict.

“We want to help them all achieve what they’re trying to achieve, during their summer programs.”

WELCOME TO GRACE: Tommy Yancey, the new athletic director at Grace Christian Academy, is moving to Bainbridge with his family.... read more