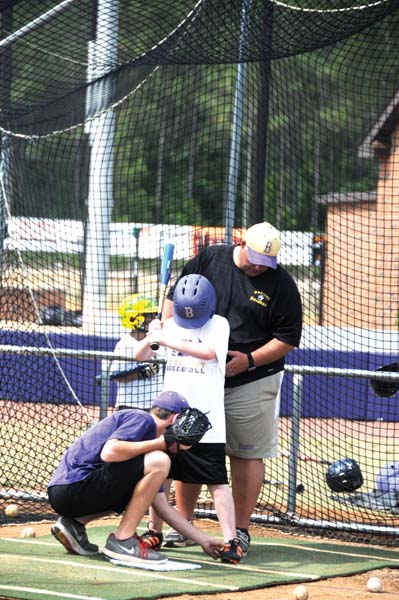 Several dozen young boys of all ages took part in the Future Bearcats baseball camp this past week at Bainbridge High School, where they learned skills with the help of BHS coaches and players.

Bainbridge baseball coach Brian McCorkle said the goal of the camp is to have fun, but also learn about the fundamentals of baseball. On Wednesday, the campers worked on defensive play; on Thursday, they worked on hitting; and on Friday, they worked on pitching and catching.

“We hope to give them some good fundamental skills that they can take back and use on their rec teams and travel teams,” McCorkle said. “Plus, we want them to know that one day we hope they’ll be Bearcats.” 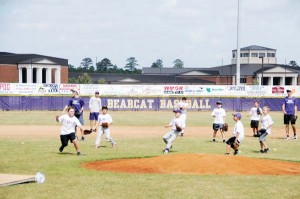 Members of McCorkle’s Bearcats team also contributed to the camp as pitchers and instructors.

“The kids love having the high-school players out here, because they really look up to them as role models,” McCorkle said. “Our older guys also really enjoy being out here with them.”

The Bearcats coach said that the campers ranged in age and skill level. Some were coming for their first time, while others had been attending for years.

“I know that there are a lot of kids who look forward to this camp every year,” he said. “We want them to have lots of fun, but also learn a lot about the game of baseball.”