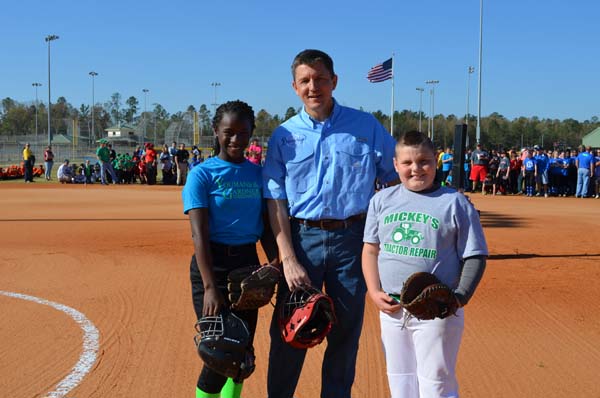 Opening ceremonies for Bainbridge Leisure Services’ youth recreation leagues brought hundreds of children and their families together at the Bill Reynolds Sports Park to mark the start of an another successful season of play. Players’ families and friends watched them parade onto one of the sports fields in their brightly-colored uniforms.

Nearly 1,000 boys and girls will participate in baseball and softball this spring. It takes almost 200 volunteers, mostly parents, and a team of Leisure Services employees who work late hours at the sports park to make the leagues run as smoothly as they do. A variety of local businesses sponsored one or more teams.

Mayor Edward Reynolds spoke about the importance of youth recreation leagues and threw out the first pitches for both baseball and softball. Several other Bainbridge City Council members were in attendance. 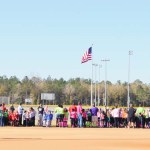 THE HOME OF THE BRAVE: Hundreds of young players, their coaches and parents look up at the American flag flying above Bill Reynolds Sports Park as Dani Parker sang “The Star-Spangled Banner” before the opening of Leisure Services’ baseball and softball seasons on Saturday. 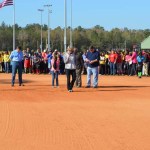 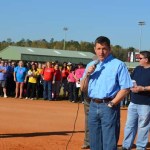 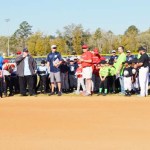 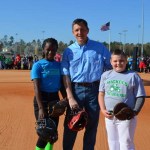