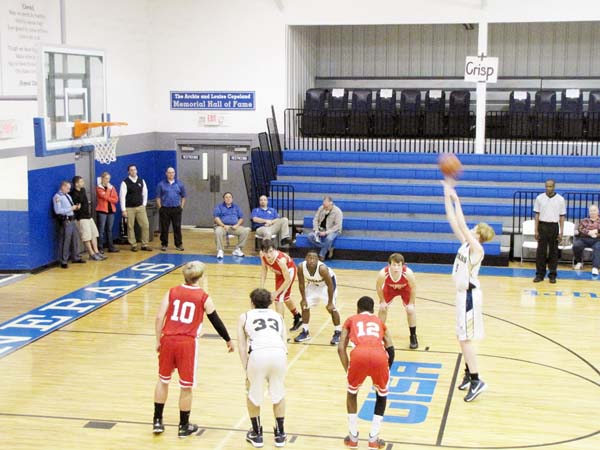 The Grace Christian Academy Cougars advanced to the second round of the GISA Region 3-A Basketball Tournament, at Georgia Christian Academy in Valdosta, Ga., with a 56-36 victory over Randolph Southern on Tuesday. The win qualified the Cougars for the state playoffs.

The Lady Cougars’ season came to an end Tuesday, with a 32-28 loss to Highland Christian.

The Cougars then lost to Fullington Academy, 57-43, in the tournament semifinals Thursday. They were scheduled to play Crisp Academy in the third-place game Friday evening, but that game was not complete by press time. The winner of that game will play the second seed from Region 1-A next Thursday, at Abraham Baldwin Agricultural College in Tifton, Ga., and the loser will play the No. 1 seed from Region 1-A.

In Thursday’s game, the Grace boys played even with the Trojans, after a poor start that left the Cougars trailing by double digits in the first quarter. Jack McRae led the Cougars with 17 points, followed by Phillip Bowen with 14. Brent Noble added six points, Jackson Harrell scored three, Dakota Vickers added two and Bryce McQuaid scored one. 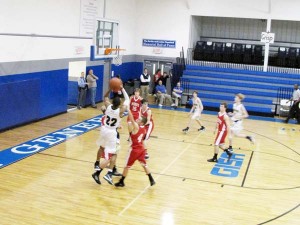 “Everyone in the crowd knew Phillip Bowen was close to 1,000 points, but we never talked about it,” Grace coach Steve Murr said. “Phillip said the important thing is that we get the win.”

The Cougars led 28-16 at halftime. Also on the Cougars’ scoring chart were senior Bryce McQuaid with eight points, and his younger brother Austin McQuaid with six.

The Lady Cougars, who finished the season with a record of 15-10, were led by Jasmin Kelly’s 12 points. Kelsey Harrell added eight, Shellby Woodrum put in four and Hannah Wynn and Emilee Murr scored two apiece.

Murr said he thought the Lady Cougars, who lost all five starters from last year’s team, had an impressive season.

“I thought our girls team, with only one senior and no juniors, exceeded expectations,” he said. “They have great potential looking forward.”