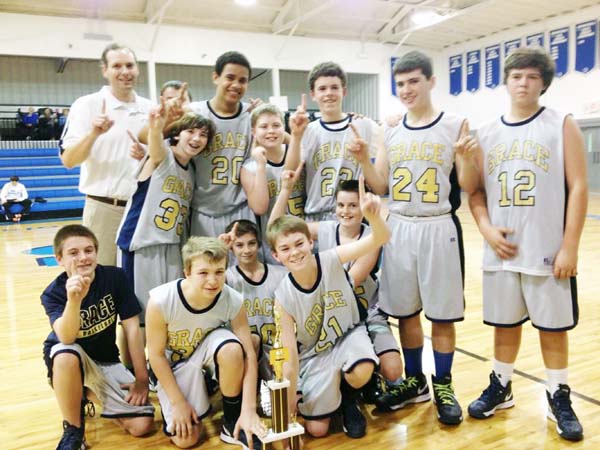 The Grace Christian Academy Cougars junior-varsity boys team won the Region 3-A tournament Saturday at Georgia Christian Academy, finishing the year with a record of 13-1 overall and 9-0 in region play.
The Cougars entered the tournament as the No. 1 seed and had a first-round bye. They played Fullington Academy in the semifinals, winning 24-17. Sam McRae had eight points, Nate Walton and Jared Duke scored six points each, and Collin Woodrum and Austin Anderson each added two. Sam Evans led Fullington with eight points.
In the championship game, Grace defeated Crisp Academy, 33-17. Walton led the Cougars with 11 points, followed by McRae with eight and Woodrum with four.

QUALIFIED FOR SECTIONALS: Shown are the Bainbridge Bearcats’ wrestlers who finished in the top four at the regional tournament, and... read more