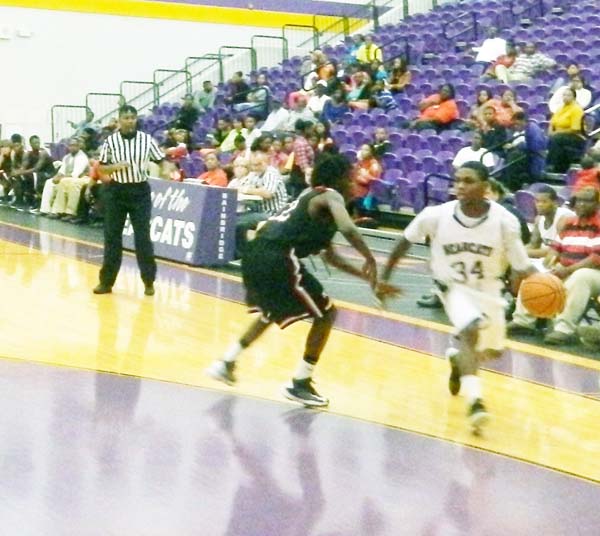 Harris gave the Bearcats their first double-digit lead at 15-5, when he hit a free throw with 1:55 left in the first quarter. Bainbridge led 19-10 at the end of the quarter.

The Bearcats then went on a run, scoring the first 10 points of the second quarter to build a 29-10 lead.

The Bearcats led 39-17 at halftime and continued to build on their lead in the second half.

The Pirates were led by Jacoby Jones, with eight points. Antarius Bender put in seven.

Bainbridge head coach Rickey McCullough said his Bearcats, who improved their record to 10-3 with Tuesday night’s win over the Pirates, made a strondg defensive stand.

“Our defense was the difference,” McCullough said. “Miller County has a fine team.

“We just beat them by three points earlier in Colquitt, but tonight our defense constantly kept the pressure on them.”

The Bearcats returned to action Friday, traveling to Leesburg for a Region 1-AAAAA game against the Lee County High School Trojans. 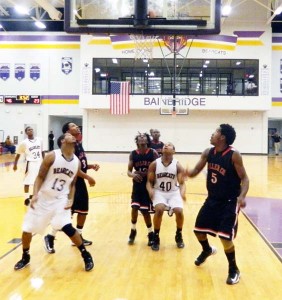