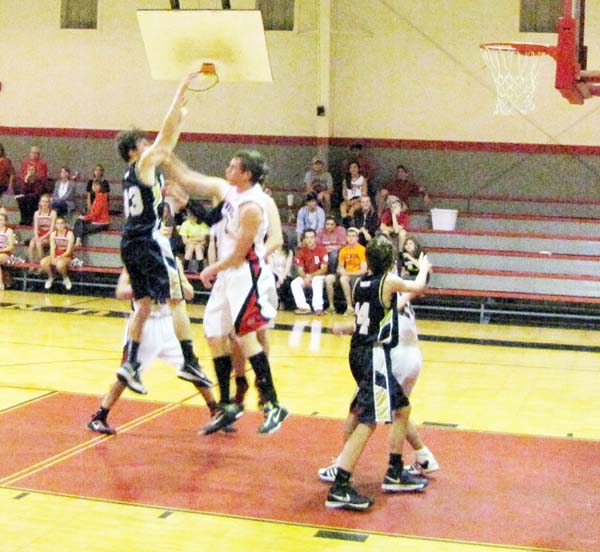 Jack McRae puts one up from the paint

The Lady Cougars were without the services of Shellby Woodrum, who had started every other game this season and was out with a head injury. Grace led 26-23 at halftime and were closing the gap when both Emilee Murr and Jasmin Kelly fouled out of the game.

Murr had a career-high 33 points to lead the Lady Cougars, and Kelly scored 13 points. Hannah Wynn, who started in place of Woodrum, scored five points. Kelsey Harrell had four points and eight assists, and Lindsey Duke and Kaitlyn Holcombe each scored one point.

The Lady Patriots were led by Parker Rigsby, with 21 points.

In their victory over the Lady Bobcats, the Lady Cougars were led again by Murr, with 10 points. Kelly and Harrell scored seven each, Woodrum put in five and Wynn added two. 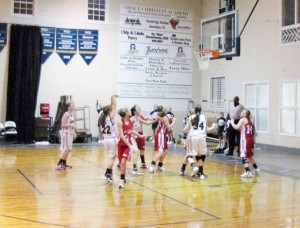 Munroe was led by Mary Glynn, with seven points.

In the Cougars’ victory over the Bobcats, McRae led the team with 22 points. Also breaking into the double-figure column were Bowen with 14 points, Noble with 13 and Bryce McQuaid with 10.

On Friday, Jan. 11, in Valdosta, Ga., the Lady Cougars lost 51-39 to the Georgia Christian School Lady Generals and the Cougars lost 69-65 to the Generals.

In their game against Georgia Christian, the Lady Cougars (11-6) were led by Murr, with 17 points. She was followed by Woodrum with nine points, Harrell with seven, Kelly with four and Wynn with two.

In their game with the Generals, the Cougars (10-7) were led by Bowen, with a game-high 28 points, and McRae, with 21. Brothers Bryce and Austin McQuaid scored four points each and Warr added two. 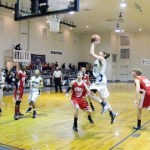 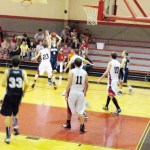 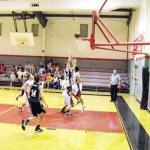 Jack McRae puts up a shot 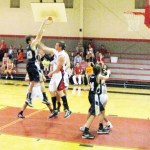 Jack McRae puts one up from the paint 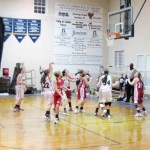