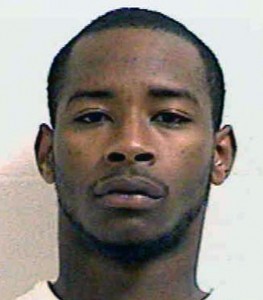 Dorian Goss, the man accused of fatally stabbing a Bainbridge man in October 2012, was captured in Atlanta, Ga., on Monday morning.

Decatur County Sheriff Wiley Griffin said that Goss, 22, of Bainbridge, was staying at an Atlanta-area hotel when officers with the U.S. Marshals Service took him into custody at approximately 11 a.m. Monday. Griffin said that Goss was taken without incident, and transported to the DeKalb County Detention Center.

Goss is accused of killing 27-year-old Ervin Flanders Jr. on Sunday, Oct. 28, 2012, at approximately 2:45 a.m. Sheriff’s Investigator Redell Walton, who is leading the investigation on the case, said that Flanders and Goss were attending a party at the Bainbridge Shrine Club when a fight broke out inside.

The fight then moved outside, and Flanders was stabbed multiple times with a knife or other sharp object. Emergency Medical Service personnel responded and transported Flanders to Memorial Hospital, where he was later pronounced dead.

Walton said Monday morning that he would have to speak with District Attorney Joe Mulholland before charges are finalized against Goss.

Walton said that Goss was apparently staying at the Atlanta-area hotel and reportedly “paying for his room daily.” He said that he had gotten a lead on Goss’s whereabouts early Monday morning, and that the U.S. Marshals Service had received the same information, and quickly rushed to the hotel to apprehend Doss.

“It’s just been a long, ongoing process,” Walton said. “We’ve been chasing down every lead that we’ve gotten, and finally we got something concrete that we were able to act upon.”

“Both the public and the media have been very cooperative in helping us locate him,” he said.

Griffin also said he appreciated the hard work of Walton and other Sheriff’s Office officials.

“[Walton] has been working non-stop, since this murder happened, to make sure this individual was captured,” Griffin said.

According to previously published reports, Goss has a history of criminal behavior. He was arrested by Bainbridge Public Safety for aggravated assault in November 2010, by the Sheriff’s Office for battery in June 2011, and by BPS for a probation violation in June 2011.