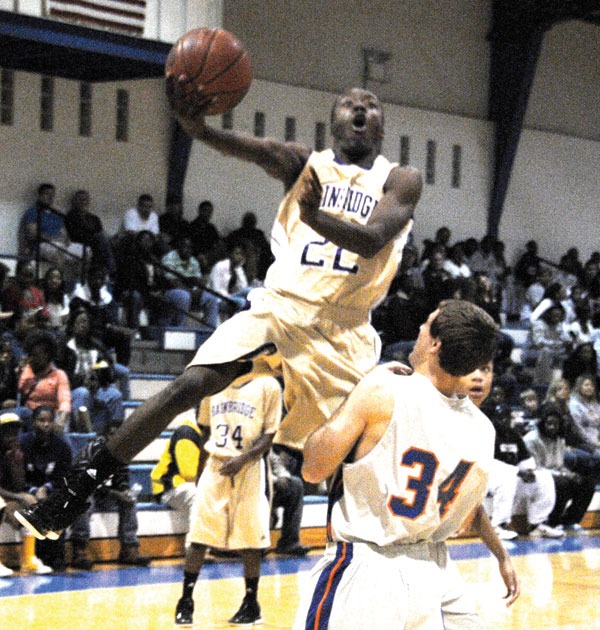 Bainbridge's Justin Baker drives to the basket against Cottondale on Saturday night.|Justin Schuver

GRAND RIDGE, Fla. — The Bainbridge Bearcats basketball team won both a close game and a rout this past weekend, taking two wins away from the Grand Ridge Christmas Classic.

“These are good games for us to get some more game action before we start our region schedule,” said Bainbridge coach Rickey McCullough, whose team improved to 5-3 overall.

Early in the game Saturday night, the Bearcats trailed by a score of 7-2. But rather than call a time out, McCullough elected to let his team play through the slow start.

The strategy worked, as Bainbridge went on a 17-0 run, capped off by Dontavius Marshall’s three-pointer with 49 seconds left in the first quarter, which put the Bearcats up 19-7. 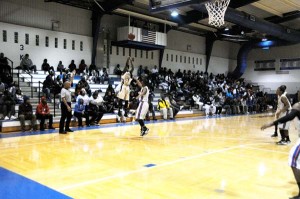 “I like to try and conserve my timeouts for if we need them later,” McCullough said. “I knew the guys would be able to get things going.”

The Bearcats led 47-16 at halftime, amassing a large enough lead to force a running clock in the second half. Bainbridge had a 61-29 lead after three quarters.

“We did a good job of defense on stopping their two best players,” McCullough said. “I think we’re starting to get our game back. We have a lot of players who were on the football team and they’re beginning to get in rhythm now, as well.”

Marshall led the Bearcats with 18 points. Tyree Crump added 15 and Justin Baker scored 13. Closing out the scoring for Bainbridge was Jamez Harris and Tim Shaw with six points each, B.J. Cheatem with five, Franklin Bryant with three and Tavarus Bowens with two.

Jerrod Blount had a game-high 20 points for Cottondale.

Marshall had 17 points to lead the Bearcats to their win over Marianna on Friday night.

Marianna cut the Bearcats’ lead to 59-56 with 51 seconds remaining, but Marshall made three-of-four free throws down the stretch to held seal up the win. 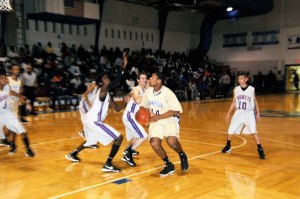