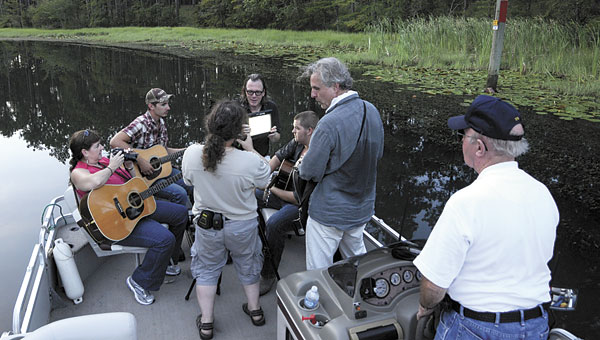 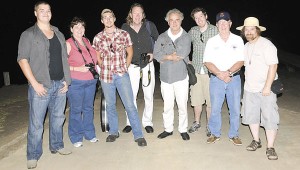 PART OF THE FILM, “Amsterdam Stories USA,” which was filmed mainly on the cut between the Wingate’s canel and Spring Creek are, from the left, Lake Side trio Jackson Wingate, Jacquie Wingate (the grandson and daughter of Jack Wingate), and Cody Enfinger, film directors Rob Rombout and Rogier van Eck, sound man Matthew Menter, captain of the pontoon boat Doug Cason, and cameraman Ben Wolf. 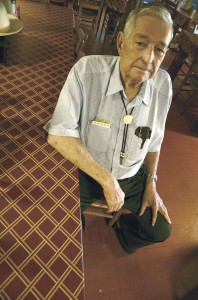 JACK WINGATE in a photo the filmmakers took of him while interview the local legend. 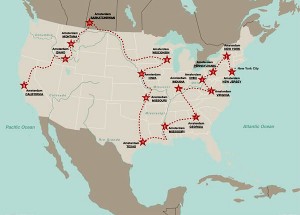 THE AMSTERDAMS of America.

Two filmmakers from Brussels, Belgium, plus their cameraman and sound man, are hoping to show middle America to European audiences by finding all the places named Amsterdam in the United States, which is why they stopped in Decatur County.

Earlier this week, the filmmakers stopped in this county’s Amsterdam—once a tobacco settlement and now a lost community with a red-clay road bearing the same name. They interviewed area legend Jack Wingate and Sheriff Wiley Griffin and also filmed the music of the Lake Side singing trio as they rode a pontoon boat on Lake Seminole.

Directors Rob Rombout and Rogier van Eck, both instructors of film from Belgium, along with cinematographer Ben Wolf and soundman and coordinator Matthew J. Menter, are on the third leg of their journey that stretches from Amsterdam, N.J., to Amsterdam, Calif., and through the 14 other Amsterdams across the United States.

Rombout and van Eck say they are producing a five-hour film that illustrates the people, cultures, music and all the elements that make each location unique and are hoping to show how special and dynamic middle America is.

As Rombout said, if you’re a filmmaker wanting to show the melting of the ice cap, get in line, but part of the attraction of this film is that no one is doing—nor plans to do—a film on the interior of America.

“It’s not exotic,” Rombout said. “Los Angeles and New York have been done. What’s in between is not sexy.”

But as van Eck said, the stories of people in the interior United States are extraordinary.

And as they say, sometimes it also takes foreigners to show Americans what America is all about.

People say they want to go along.

“Wow, what an adventure,” van Eck said. “Crossing America is a dream. … Everybody wants to come with us.”

The film is kind of a mix of artistic production and documentary work, but it’s unstructured and unscripted, said Menter.

The film is being done with a high-definition Canon EOS camera with video capabilities.

Their project can be followed at www.amsterdamstoriesusa.com.