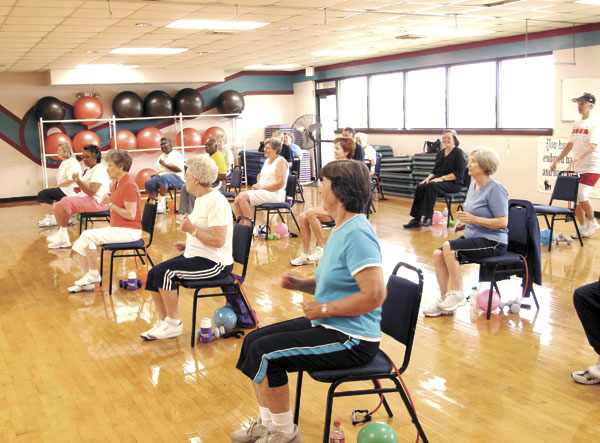 THE YMCA IS FACING A DAUNTING CHALLENGE—SURVIVE. With memberships down, the recession taking a toll on what families and individuals can afford and other circumstances, the YMCA will celebrate its 25th anniversary in September with the prospect that it will be lucky to get through 2012. The YMCA offers programs for all ages—youngsters to the elderly.

The Bainbridge-Decatur County YMCA will celebrate its 25th anniversary in September, but according to some of the leaders of the organization, the YMCA will be lucky if it lasts through 2012.

“It’s definitely in a touchy situation, but I guess you can say dire is the word,” said Erwin Harrell, the president of the board of directors and a member of the YMCA since it opened in September 1986. “Right now, things are very hard.”

And, as Executive Director Ken Bailey said, it’s not one thing that can be pinpointed. He said it’s the perfect storm of circumstances that has the YMCA in such dire circumstances.

Membership has dropped from approximately 1,400 in 1996, which accounted for 15 percent of the market area, to approximately 900 members today, which is 10 percent. Add the recession, major employers closed or cutting back, programs cut such as those offered by the Department of Family and Children Services, the growth of other non-profit charitable organizations and private health clubs competing for members, the YMCA is looking at the prospect of once being the powerhouse to becoming a patient on life support.

“There’s really a good likelihood that our YMCA won’t be here at the end of 2012,” Bailey said.

“If we don’t get a significant push to help resolve those issues, we can’t survive,” Bailey said.

And Harrell said despite the local YMCA being regarded as one of the best Y’s in a town its size that includes such amenities as tennis courts, swimming pools and a bowling center, he thinks the mindset of members of the community is that they don’t want to see it close.

So, Bailey asked if the YMCA is doing 10 percent better than expected with the number of members, yet it’s struggling to pay its bills, how are they going to survive?

Harrell said the YMCA is trying to keep afloat by addressing some of the community’s concerns and interests.

For example, the front cardio room is open 24 hours a day as members can enter the room through a keypad entry.

The YMCA, which is situated on 20 acres and includes three buildings, is set in a prime spot, and Bailey said if the YMCA does close its doors, the property would offer some entity such as the City of Bainbridge a good facility.

But the greatest loss would be that the programs are run as Christian programs. Prayers are said before and after games, Bailey said.

“It’s just some of those struggles we can’t seem to get a handle on,” Bailey concluded.