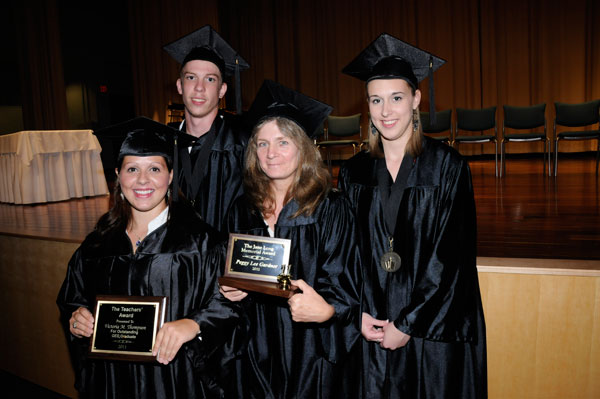 HONORED DURING THEIR GED RECOGNITION PROGRAM are, from the left, front Victoria M. Thompson, who won the Teachers’ Award; Peggy Lee Gardner, who won the Jane Adams Long Award, and Rebekah Lynn Swicord, who spoke as Decatur County’s graduate. In the back is Caden Alex Black, who earned the highest score, which was 3,220. 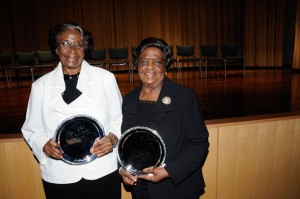 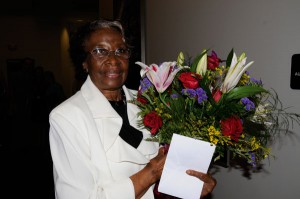 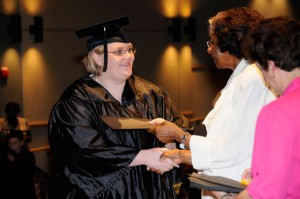 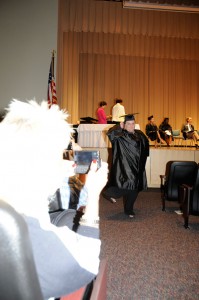 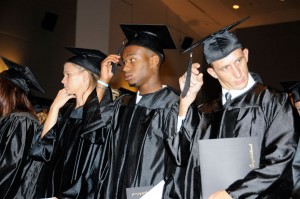 The 54-year-old grandmother of four had already earned a high school diploma, back in 1975 from Trenton High School in Florida.

But Gardner, who was awarded the Jane Long Award for this year’s class because she represented the outstanding qualities exemplified by the late Jane Adams Long, said she didn’t feel she “earned” it 36 years ago.

Gardner, who like the others at Tuesday’s GED recognition program held at the Kirbo Center, felt this piece of paper is worth a great deal to them that no one can take away.

“I don’t think I earned it back then,” said Gardner of her first high school diploma. Her husband, Carl, said he was especially proud of her. Taking the GED and re-earning her high school diploma was a challenge to her, but worth it.

“Some of it was challenging, and the most challenging was the math,” Mrs. Gardner said. On some of the other lessons and tests, she felt she did well partly because of her live experiences. She said was always worked in convenience or liquor stores. But now that she has a GED—a piece of paper that she felt she earned—she is going to further her education at Bainbridge College.

“Getting a GED gave me enough confidence to do that,” Gardner said of her dreams to pursue a college education.

This was the 19th year those earning a GED were afforded a graduation recognition ceremony. Of the total 247 to have earned a GED this year, 120 were earned by individuals incarcerated.

Thursday night also marked the last time that GED chief examiner Mary Gant and examiner Gwendolyn Conyers will be helping, inspiring or teaching students. They were each recognized prior to the program with a reception and during the program with engraved plates that read “Thank you for all the lives you changed.”

After the program, while holding a large arrangement of flowers, Mrs. Gant said she really enjoyed her tenure with the GED program, and that all her students were special to her.

Decatur County Assistant Superintendent Suzi Bonifay, the keynote speaker, said, “To Mrs. Conyers and Mrs. Gant, on behalf of the thousands of lives you have touched and on behalf of the hundreds of teachers and leaders you have served as models for, we thank you.”

Bonifay congratulated the graduates and said whatever path that led them to this point Thursday night, that it will be a first step and not a last step in their pursuit of education.

“Some of you may not have had a great experience in school or you may have encountered a life crisis that just seemed so large that an education was an impossibility. In the not-too-distant past, getting that diploma may have seemed beyond your reach,” Bonifay said. “If somebody asked you several years ago if you would be here tonight you might have said… [at which point she played a short verse of the song, “Do You Believe in Magic?]”

Bonifay said, “Magic happens when you decided—not when your mother decided or your father or your siblings or your children—but when you decided you weren’t going to let that little piece of paper get away from you.”

Peppered throughout her speech were verses of music.

She ended it with the words of a good ol’ country and western song which asks listeners to remember, “It’s not what you take when you leave this world behind you, it’s what you leave behind you when you’re gone.”

“Your legacy is an education. Let it be the first step in your career path that is certain to be paved with many successes,” Bonifay concluded.