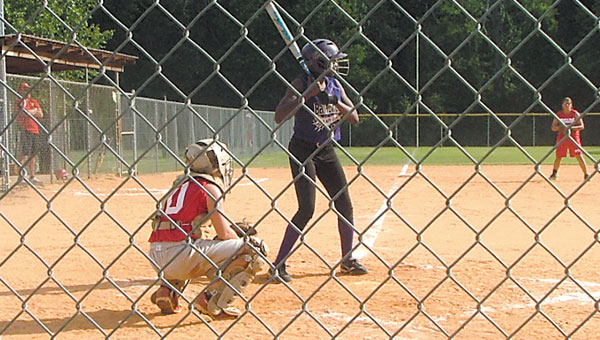 The triple play came in the fourth inning of the varsity Lady Cats game with Miller County. Second baseman Avis Jackson caught a line drive for the first out, threw it to shortstop Brianna Wade for a force out and Wade threw to first baseman Diamond Bouie to retire the batter coming down the line for the third out.

The big scoring inning in the Lady Cats varsity win over Thomasville’s Lady Bulldogs was the fifth when they rallied for three runs.

Caitlyn Dunlap and Kristen Bennett had key RBI doubles in the inning.

Caitlin Cato walked and scored in the inning.

In addition to the triple play, the Lady Cats game with Miller County was highlighted by a two-run single by Kristen Bennett during a four-run fifth inning rally. Bouie tripled and scored in the third.

The junior varsity Lady Cats put their big win over Lanier County away early with a five-run, first-inning rally.

Brooke Bates ignited the winning rally with a single. She also walked and scored in the inning.

Lady Cats head coach Eugene Singletary says playing tournaments during the summer is important because it helps get his teams ready for the fall regular season.

“The more games we play in the summer the more we will be prepared when the regular season rolls around,” he said. “It has been very hot and the young ladies have really been working hard.”