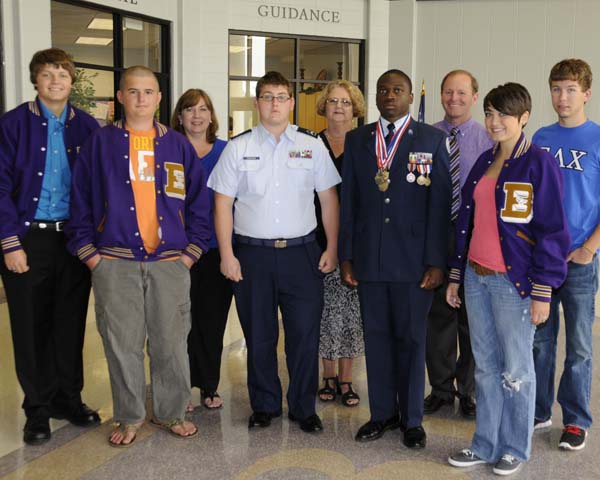 The Academic Lettering Program at Bainbridge High School was established in 1992 to motivate students to become involved in interscholastic academic activities and to reward students for their efforts in these areas.

Students who represent BHS in interscholastic competitions and activities earn points that can lead to a varsity academic letter. Twelve points must be earned in order to receive a letter.

Activities in which points may be earned include Literary Meet, Math Team, Academic Bowl, Science Team, Mock Trial, science fairs, oratorical contests, essay contests, Junior ROTC drill meets, livestock competitions, and other approved individual or team interscholastic academic competitions. Points can be accumulated from year to year, and students who qualify for an academic letter are recognized at Honors Night and are presented a solid purple wool jacket with a gold “B.”

The BHS Academic Lettering Program is supported by Park Avenue Bank and Memorial Hospital and Manor.

Since 1992, more than 350 BHS students have been awarded an academic letter and jacket.

[nggallery id=68] A group of students in the sixth-grade science classes of Joseph Miller attended a program sponsored by Florida... read more