Lovejoy was led by Jermaine Hough and Justin Green, with 14 points apiece. The Bearcats’ loss came in the second round of the State Class AAAA Tournament.

After the game, Bearcats head coach Rickey McCullough said he couldn’t be prouder of his team, which finished with an outstanding 27-3 record and the Region 1-AAAA championship.

“Our young men hustled and played hard tonight and every night of the season, and I am so proud of them,” McCullough said. “I congratulate Lovejoy and wish them well. In the end, only one team is going to be ultimately happy. I’ll take 27-3 every year.”

BHS senior forward Devon Baulkman, who finished his outstanding career with a game-high 26 points, gave the Bearcats a quick 1-0 lead Wednesday night with a free throw just 50 seconds left in the game.

The Wildcats quickly reeled off five unanswered points to take a 5-1 lead. First Jermaine Hough hit a layup off the left glass at the 5:50 mark, then Leroy Merritt hit a three point jumper from the left side at the 5:31 mark.

The Wildcats built their lead to 11-3 before Rodney Glenn slammed home a dunk to cut it to 11-5.

Glenn’s layup off the left glass kept the lead at six, 13-7, at the end of the first quarter. Rohan Gaines’ three-pointer sent the Bearcats to the halftime break down by 14, at 40-26.

Glenn’s driving layup off the left glass with 2:14 showing on the third quarter clock cut the Wildcats third quarter advantage from 17 to 15, at 50-35. The Bearcats were down by 21, 58-37, entering the fourth quarter.

Behind Baulkman in the Bearcats scoring column Wednesday night were Glenn with 12, Gaines with eight, Shawn Samuels with five, and Ronald Crawford with four. 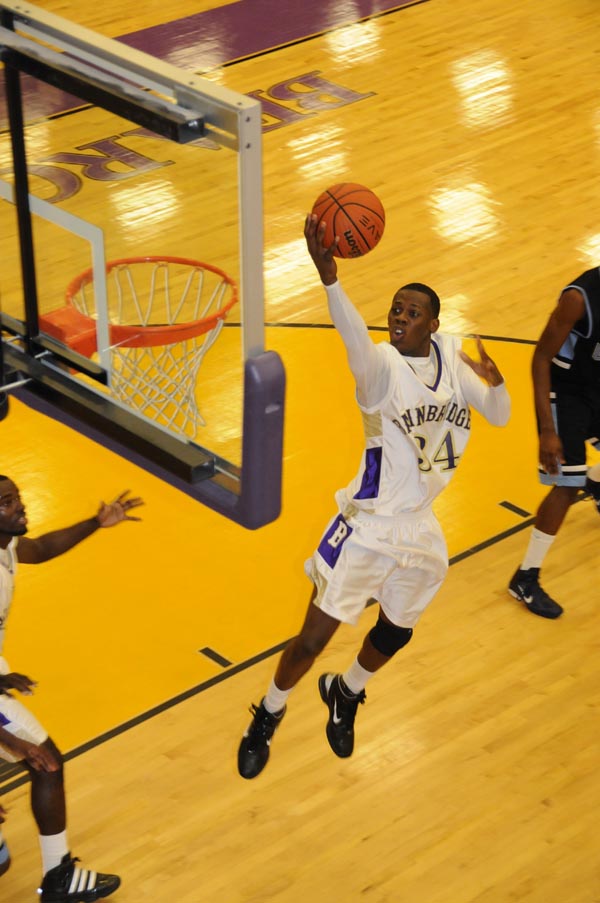 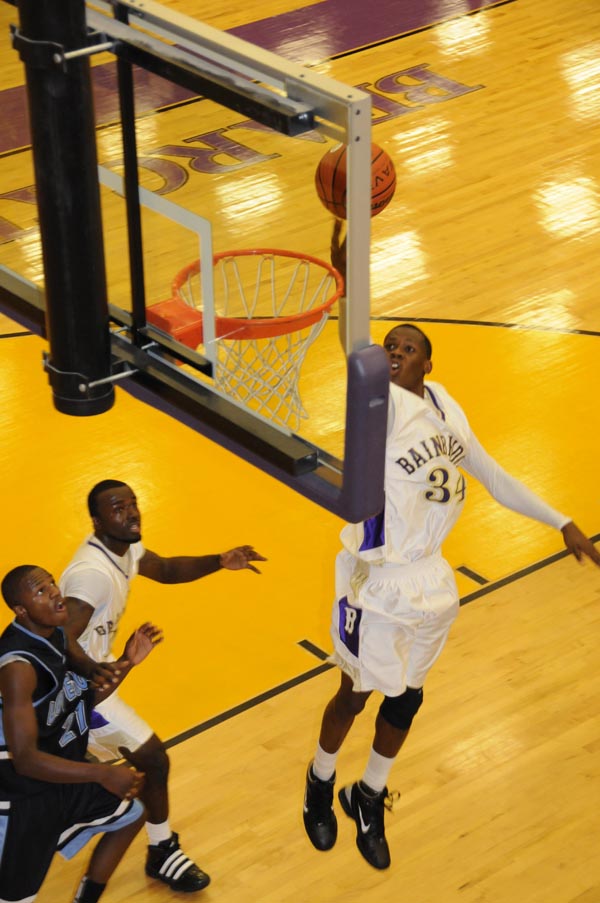