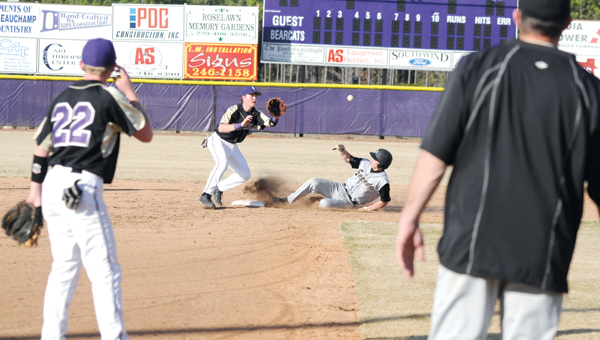 The victory came in the opening round of the 2011 Adidas Tri-State Invitational Tournament at Bearcat Field.

The Bearcats went ahead to stay 2-0 in the bottom of the first inning. Left fielder Ryan Wade drew a walk to open the inning and stole second.

A one-out single by first baseman Blake Voyles drove in Wade with the first run and catcher Drew Kelley drove in Voyles with the second run.

A four-run second inning rally increased the Bearcats’ lead to 6-0. The big blow in the inning was an RBI double by left fielder Wade, who later came around to score himself.

In the third, third baseman Brandon Bates walked and came in on a double by designated hitter Jordan Cox. Cox scored on a one out single by center fielder Stephen Lightfoot. Sutton Reece had a key double in the inning as well.

In the fourth, Voyles led off with a double, moved to third on an error and came in on a double by catcher Drew Kelley.

With one away, third baseman Brandon Bates singled in Kelley and stole second before coming in to score the third run himself.

The Bearcats will return to tournament action Thursday when they host the Dothan (Ala.) High School Tigers at 7 p.m.