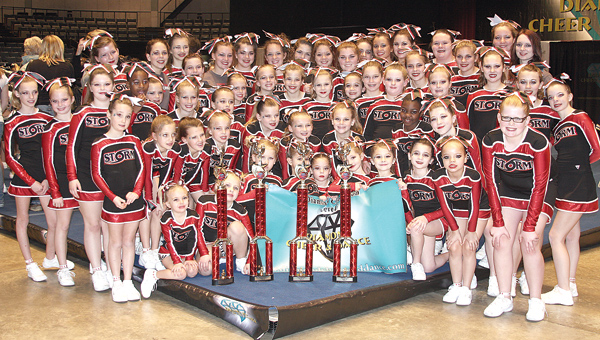 The Cairo Gymnastics and Cheer Academy’s Southern Storm competition cheerleading team earned six first-place trophies at a competition in Dothan, Ala., on Jan. 22. The Tiny and Youth squads received bid to nationals, while the Junior and Senior squads received Grand Champion bids to the national competition, to be held later in the year in South Carolina.