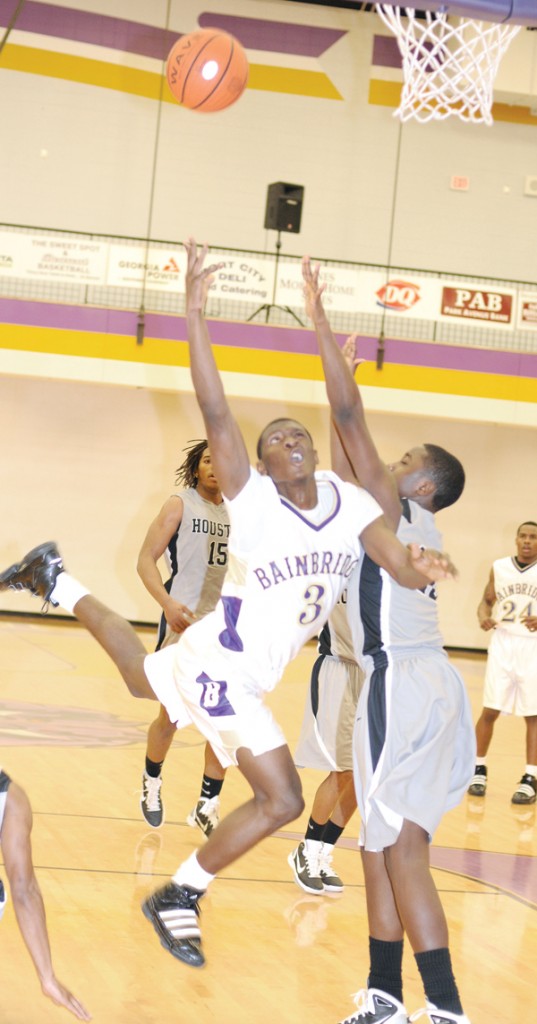 The win, which came in the opening round of the Region 1AAAA Tournament at the Bainbridge High School Gymnasium, moved the Bearcats record to 24-2 and featured a game-high 23-point performance by Devon Baulkman and a 14-point effort by Rodney Glenn.

Friday’s other game, in addition to the Bearcats matchup with Northside Warner Robins, featured Thomas County Central against Hardaway.

The Bearcats, Northside of Warner Robins, Thomas County Central and Hardaway of Columbus have all secured spots in the state Class AAAA tournament.

Today’s games will determine the top four state tournament seeds. The game for third and fourth place will be at 5:30 p.m. and the championship game will be at 8:30 p.m.

Xzavier Gilmore gave the Bears a quick 2-0 lead when he drove into the lane and hit a shot with just 12 seconds gone on the first-quarter clock, but the Bearcats quickly countered with 11 unanswered points to take an 11-2 lead.

A three-point jumper by Rohan Gaines at the 5:42 mark made it 6-2. The final five points of the Bearcats 11-0 scoring run came on a layup off the right glass by Ronald Crawford at the 5:58 mark and a three-point jumper from the left side by Baulkman at the 4:25 mark. The Bearcats led by eight, 22-14, at the end of the first quarter.

A rebound and put back by Baulkman gave the Bearcats a 12-point, 38-26 lead, at halftime.

“This was a big win for us,” coach McCullough said after the game.