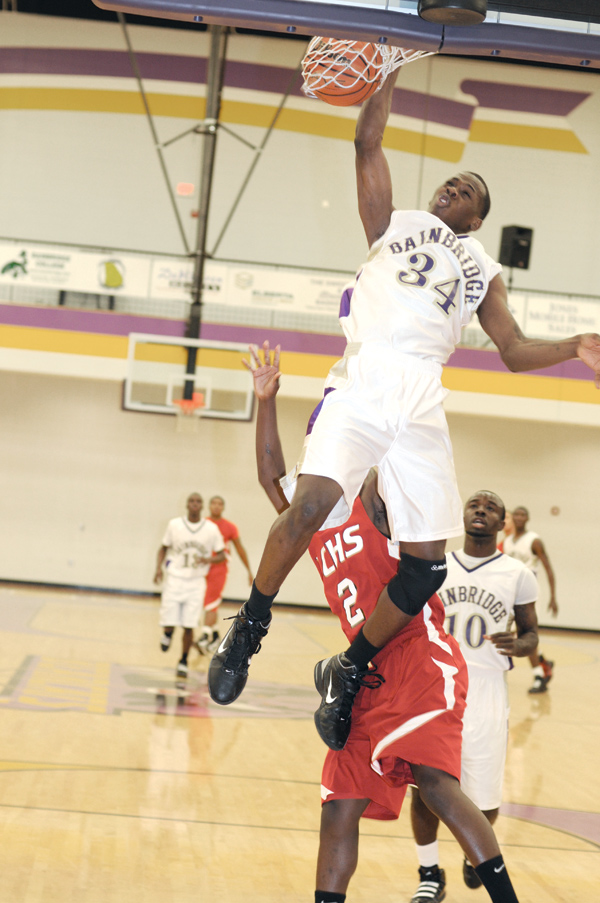 Baulkman led the way with a game-high 25 points, and Glenn added 13.

The win, which improved the Bearcats’ overall record to 22-2 and their Region 1AAAA South Sub-Region mark to a perfect 4-0, gave them the Sub-Region championship and the No. 1 seed in next week’s Region 1AAAA Tournament that will take place next Wednesday through Saturday at the BHS Gym.

Behind Baulkman and Glenn in the Bearcats scoring column were Paul Chukes and Rohan Gaines with 9 apiece, and Shawn Samuels with 8.

Rounding out the Bearcats’ scoring chart were Ronald Crawford and Devonta Marshall with 7 apiece, Jamar Venisee Cosby with 4, Rashad Kelly with 3, and Adam Taylor, Greg Lee and Quincy Fortson, all with 2.

Bearcats head coach Rickey McCullough was pleased with the effort of his team, which ends its regular season tonight with a 7:30 p.m. game against the Cairo High School Syrupmakers in Cairo.

“We started kind off slow, leading only 16-15 at the end of the first quarter, but we picked it up the rest of the way,” McCullough said after the game.

The Trojans’ Josh Cabrera hit a layup off the right glass with 5:07 left in the second quarter to get the Trojans to within four, at 24-20.

Pars for Paws tournament is Feb. 21