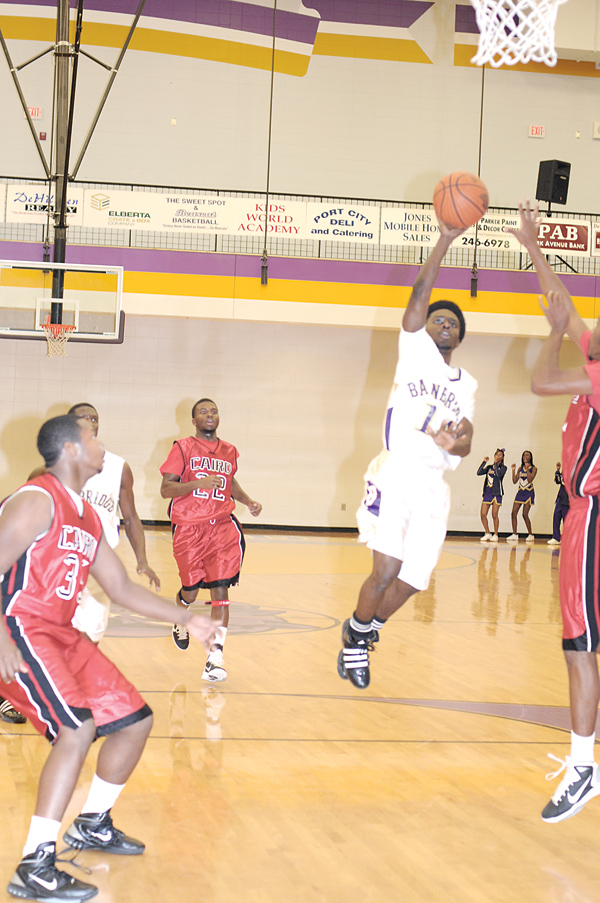 The 17-2 Bainbridge High School Bearcats are ready to jump into Region 1AAAA basketball action this weekend.

Today they will travel to Leesburg for a 7:30 p.m. Region 1AAAA game against the Lee County High School Trojans.

The Bearcats are led by the consistent rebounding and double-figure scoring of Devon Baulkman, the inside scoring of Shawn Samuels, the lane driving and layup scoring of Rodney Glenn, the passing of Trea Kelly and the point guard play of Rohan Gaines.

The Yellow Jackets were led by center Ray Drew, who is being highly recruited by college football teams as a tight end. He scored a team-high 18 points against the Trojans.

Chris Calhoun with 14 and Trammell Anderson with 13 have also been consistent double-figure scorers for the Yellow Jackets this season.

“The Region 1AAAA games are the most important, so we must be ready,” coach McCullough said.

With an open date on Tuesday, the Bearcats have had all week to prepare for their two Region 1AAAA weekend games.

Gene Fountain, who teamed with Curtis Henry, Donald and Ronald Barber, Greg Bess and Dale Mock to form one of... read more