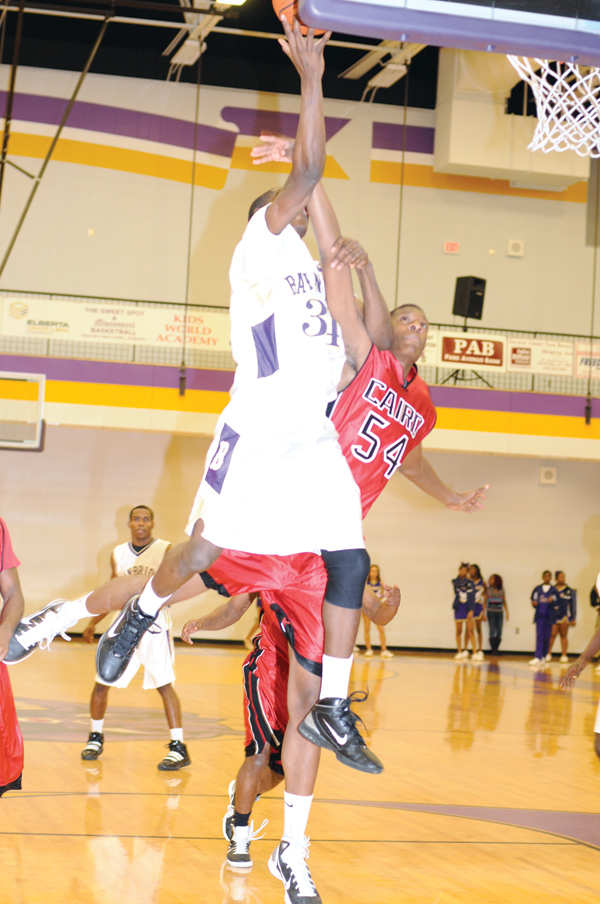 Devon Baulkman hit for a game-high 23 points. Rodney Glenn was also in double figures with 11, and Paul Chukes and Rohan Gaines put in 9 apiece.

The game was close throughout. The Bearcats started the scoring, going up 3-0 on a layup off the right glass and a free throw just 13 seconds into the game.

Moses Vasquez, who led the Syrupmakers with 12 points, quickly pulled them even 3-3 with a three-point jumper from the right baseline at the 7:15 mark. The Bearcats scored their next eight points to take an 11-3 lead.

The Syrupmakers scored the next six points to cut the Bearcats’ lead to 11-9. They came on two free throws by Trenton Madison at the 4:20 mark, two free throws by Terrell Bryant at the 3:29 mark and a layup off the right glass by Vasquez at the 2:10 mark.

Right behind Vasquez in the Syrupmakers’ scoring column were Madison with 10 and John Holt and Wade with 9 apiece.

“Cairo is always good and it takes a strong effort to beat them.” McCullough said after the game. “We must now focus on our Region 1AAAA schedule, which begins with two road games this weekend. We will play the Thomas County Central High School Yellow Jackets Friday and the Lee County High School Trojans Saturday.”

The lead was still five, 42-37, entering the fourth quarter. With the Bearcats leading by just two, 45-43, early in the fourth quarter, Glenn drove into the lane, banked one in off the right glass, was fouled, and hit the free throw to increase the lead back to five, 48-43.