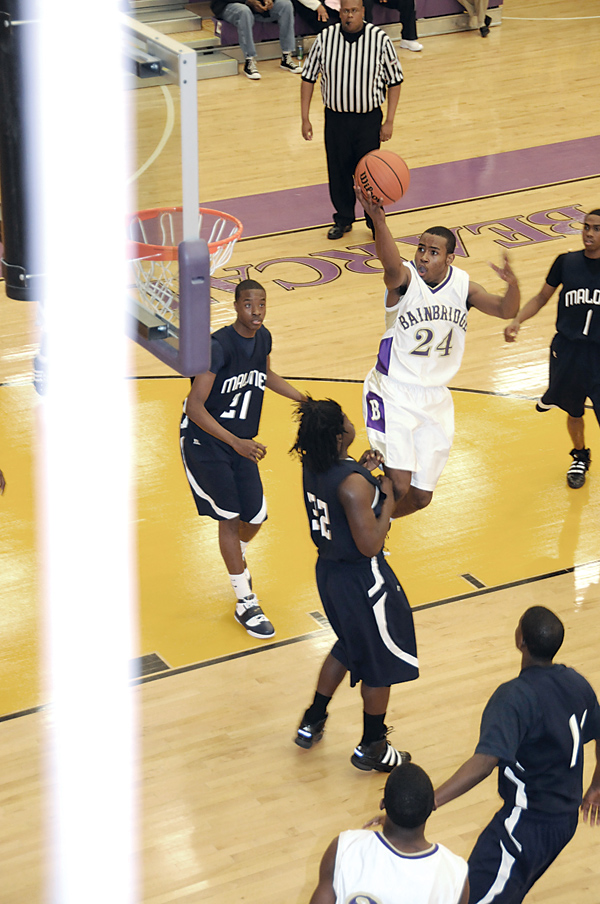 Devon Baulkman scored 18 points to lead the Bainbridge High School Bearcats to a 78-51 victory over the Malone (Fla.) High School Tigers at home on Tuesday night.

The win, which improved the Bearcats’ overall record to 13-2, avenged a 71-69 season-opening road loss to Malone on Tuesday, November 30. The win is the Bearcats’ tenth in a row.

The Bearcats went ahead to stay when Baulkman hit a three-pointer from the left side to go up 9-7 at the 4:40 mark of the first quarter. 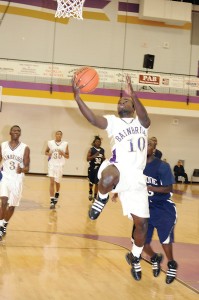 The Bearcats took a commanding 30-17 lead when Shawn Sanuels banged in a layup with 4:31 remaining in the second quarter. The lead remained at 13, 35-22, at halftime.

The Bearcats roared out of the gate in the second half, scoring the first eight points to increase their lead to 43-22.

First Rodney Glenn hit a layup off the left glass at the 7:23 mark, then Baulkman hit a jumper from the right side at the 6:05 mark, then Baulkman slammed a pair of dunks home at the 5:42 and 5:02 marks. They were out front 52-33 at the end of the third quarter.

Baulkman’s three-pointer from the left side with 6:26 left in the game gave the Bearcats a 58-42 lead and they led by double digits the rest of the way.

Joining Baulkman in the Bearcats double figure scoring column Tuesday night were Ronald Crawford with 14 and Glenn with 12.

The Bearcats will return to action Saturday when they host the Pelham High School Hornets at 7:30 p.m.