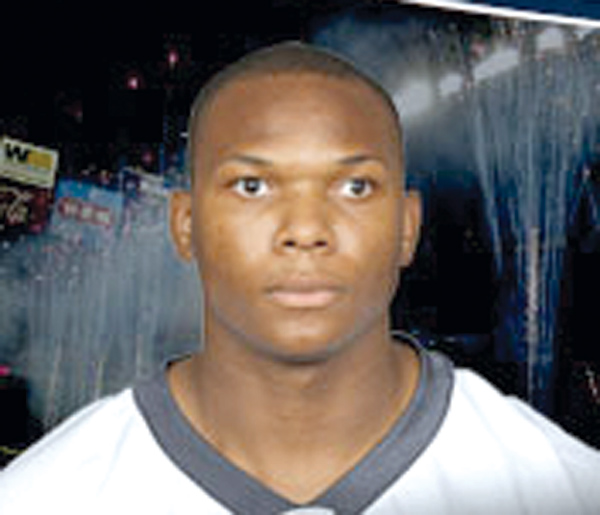 Former Bainbridge Bearcat and pro football player Malcolm Sheppard is comfortable with the decision he made to sign with the NFL’s Tennessee Titans in mid-December.

Sheppard started this, his rookie NFL season, with the Houston Texans, whom he signed with as a free agent following an outstanding college football career with the University of Arkansas Razorbacks.

He spent time on both the Texans’ practice squad and active roster.

“I enjoyed my time in Houston and I thank Head Coach Gary Kubiak and the Texans organization for giving me my first chance in professional football but I am happy with the Titans,” Sheppard said Saturday from Indianapolis, where the Titans lost a close 23-20 game to the Colts to wrap up their season on Sunday.

“I want to make one thing clear,” Sheppard continued. “I was not cut by the Texans. I requested my release and it was granted.”

During his final two seasons at Arkansas, Sheppard was as consistent as any other lineman in the Southeastern Conference.

During that two-year period, he had 24 tackles for loss. He recorded more than 10 tackles for loss during each of his sophomore, junior and senior seasons. He played both defensive tackle and defensive end during his college career.

An All-Region 1AAAA performer with the Bearcats under head coach Greg Guy and an All-Southeastern Conference (SEC) performer under head coaches Houston Nutt and Bobby Petrino with the Razorbacks, Sheppard stands 6 feet, 1 inch and weighs 290 pounds.

He said his number one goal when entering professional football was to prove to the coaches that he was a dedicated worker with high goals.

“Malcolm has a great work ethic and plays hard on every down,” Low said. “Just ask the guys at Florida and Alabama who tried to block him.”

Sheppard said his family and his faith are very important in his life.

“My parents and my uncle, the Rev. Leonard Sheppard, pastor of the Lighthouse of Truth Church in Bainbridge which I am a member of, have all been positive influences in my life.” he said.

Sheppard is the son of Ricky and Evelyn Sheppard of Bainbridge.