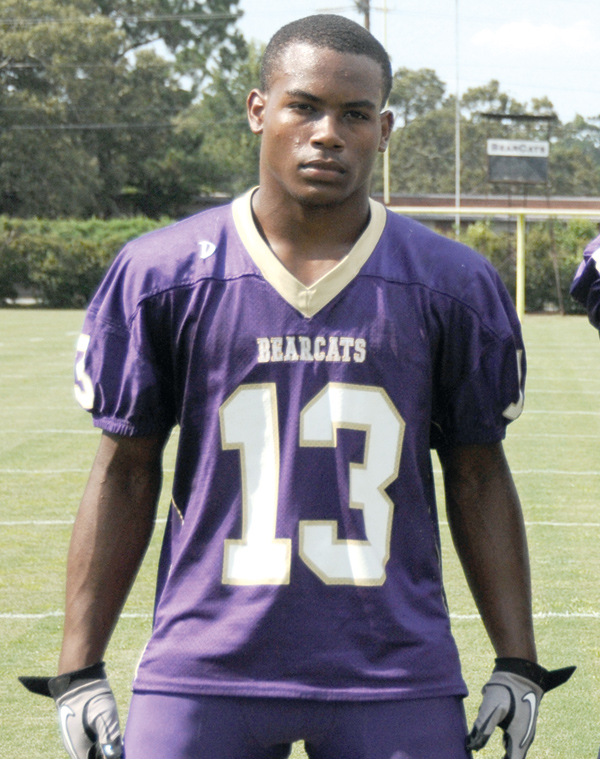 The son of Maurice and Loretta Gaines, Gaines verbally committed to sign a football national letter of intent with the University of Arkansas Razorbacks during a visit the weekend of Dec. 10 and 11.

Gaines was a second team selection on the All-Region 1AAAA team selected by the Region coaches. He also earned the most improved defensive player award despite having to miss the last two games of the season due to injury.

He was third on the team in tackles with 59. Five of his tackles were for loss and he forced one quarterback hurry.

In addition to Arkansas, Gaines was being recruited by Georgia Tech, Georgia Southern, Georgia State and Middle Tennessee.

Gaines is the third senior member of coach Ed Pilcher’s 2010 Bearcats to verbally commit to play football at the next level.

Gaines plans to major in psychology at Arkansas. He said he chose to sign with Arkansas because he liked the commitment to working hard and winning shown by head coach Bobby Patrino and his coaches and players.

Williams Former Bainbridge High School Bearcats quarterback and defensive back Nick Williams will be starting at safety for the University... read more