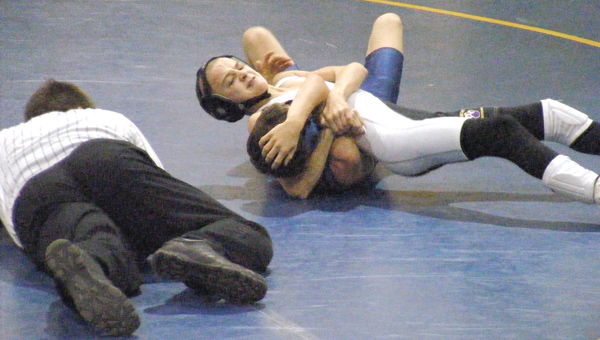 The varsity Bearcats had a convincing dual match victory over the Dougherty High School Trojans Wednesday, Dec. 8 at the Decatur County Memorial Coliseum.

“We only lost three weight classes in the win over Dougherty, so it was a total team effort,” Kirkland said. “Wrestling is a more one on one competition, but when you can fill the weight classes and everyone has a good performance, the whole team benefits.’

Coach Smith said he was pleased with the way his team prepared for Thomas County Central and Cairo.

The Middle School Bearcats are 5-1 for the season.