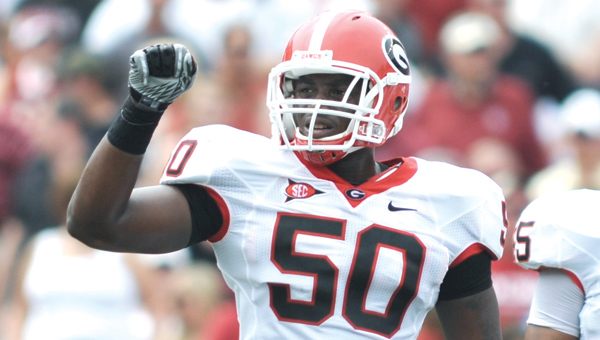 During the 2010 season, Gamble had 39 tackles, 19 solo and 20 assisted, one forced fumble and one blocked kick.

Rambo had three interceptions for 64 yards and a touchdown. 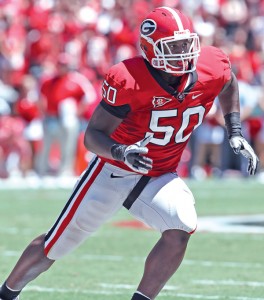 Gamble also had an interception against the Mississippi State Bulldogs. He sacked Florida Gators quarterback John Brantley for an eight-yard loss during the teams’ annual rivalry game in Jacksonville. He was a co-captain for the Bulldogs’ home game against the Tennessee Volunteers.

During the 2008 season, he was named Football Writers Association of America (FWAA)\ Bronko Nagurski National Defensive player of the week, and Southeastern Conference Defensive Player of the Week after returning two interceptions for touchdowns and posting a career-high 13 tackles in a victory over the 11th ranked Louisiana State Tigers.

Gamble will conclude his Georgia playing career on New Year’s Eve when the Bulldogs play the Central Florida Knights in the Liberty Bowl in Memphis, Tenn.

Gamble, the son of Lamar Washington and Tracey Daniels of Bainbridge, will graduate from UGA with a bachelor’s degree in housing on Dec. 17.

Darryl’s fans can keep up with his football career at his unofficial fan page, www.facebook.com/gamblefans