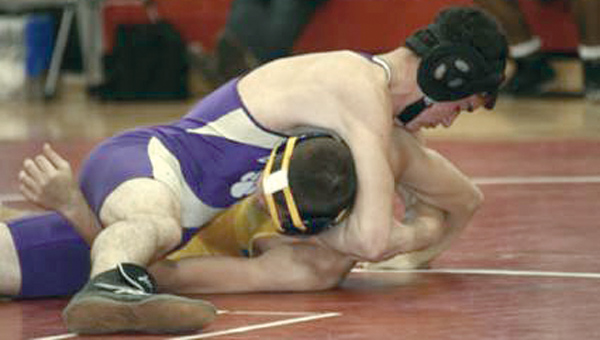 They were led in Tallahassee two strong winning efforts by Cole Bulger in the 125-pound weight division. As a junior this year, Bulger will be anchoring the team’s lightweights, along with Tucker Heard, Reid Heard, Tucker Long, and Bryan Ordonez.

“It was Cole Bulger’s first competition after a year off as a sophomore,” Coach Kirkland said. “He started off the year with a bang, winning both of his matches.”

“We have a lot of younger guys, but the older guys are stepping in and really working with the new guys,” coach Kirkland said. “Lawrence Jones, Roberto Sierra and Brandon Crawford are our heavy guys. They are working very hard to improve the heavier classes.”

On Saturday, Dec. 4 the team traveled to Leesburg to compete in the Lee County High School Trojans Dual Tournament.

The Bearcats’ opponents were Fitzgerald, Hardaway of Columbus, Crisp County, Westover of Albany and Americus-Sumter County.

The Bearcats won against Americus-Sumter County but fell to the other teams, in part because of wrestlers who could not participate due to illness and injuries, Kirkland said.