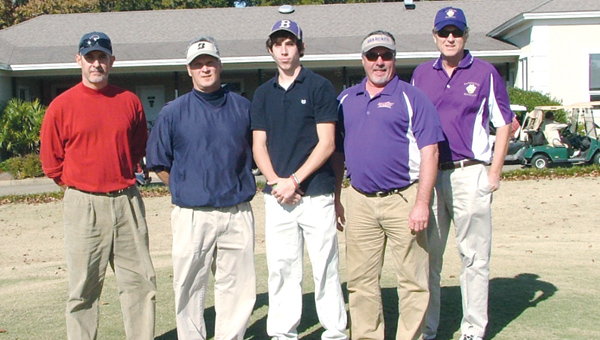 Jones and Bowles shot a seven-under par round of 65 Saturday at Bainbridge Country Club to top a 12-team field.

Under the scramble format, each golfer shot their second shot from the spot of the longest tee shot.

Taking second place was the team of Marty and Dan Anderson, with a four-under par round of 68.

The team of Mitchell Burke and Glenn Heard was third, with a two-under par round of 70.

“We appreciate all the golfers and all the business and individuals that donated door prizes,” Miller said. “It has been a tremendous boost to our baseball program. With the proceeds, we will be able to buy uniforms and other needed equipment.”