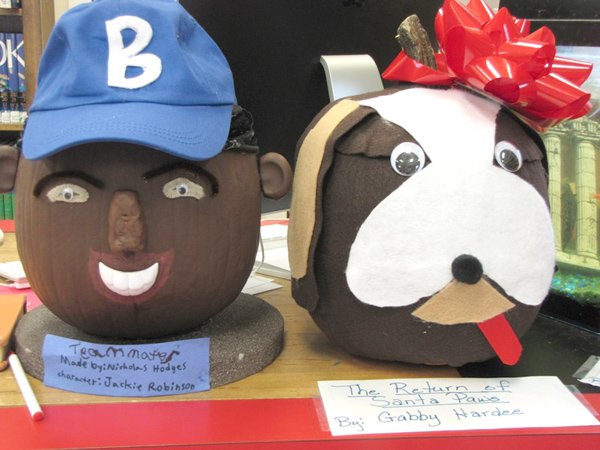 Pumpkin on left is Jackie Robinson from "Team Mate," and the one on right is from "The Return of Santa Paws."|Cile War

A fourth-grade class at Grace Christian Academy celebrated fall by creating pumpkin characters. Each student was asked to create a pumpkin to look like their favorite character from one of the accelerated reader books in the school library. Each student was then asked to “show & tell” about their pumpkin, character and book in class. 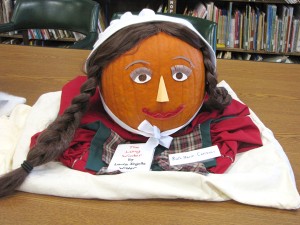 "The Long Winter" by Laura Ingles Wilder is portrayed in this one.|Cile War 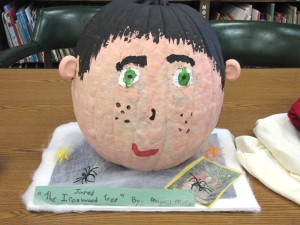 "The Ironwood Tree" is denoted in this photo|Cile War