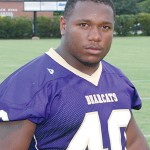 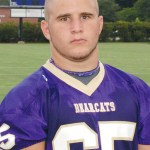 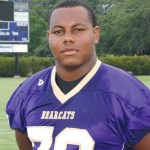 The team, released this week, was selected by the Region 1AAAA coaches and the selection process was coordinated by Region 1AAAA and Bainbridge High School Bearcats statistician Chip Ariail.

Griffin had an excellent rating of 82 percent as a blocker on run and pass plays.

Middleton had 43 tackles, six tackles for loss, forced one fumble, made 10 quarterback pressures and had one quarterback sack.

Brown led the Bearcats in tackles with 86. Five of his tackles were for losses. He also had nine big plays, one caused fumble, one pass breakup and three fumble recoveries.

Gaines missed the final two games of the season due to injury. He was third on the team in tackles with 59. Five of his tackles were for loss. He also had four tackles for loss and one quarterback hurry.

Senior corner back, wide receiver and punt and kickoff returner Shawn Samuels was an honorable mention All-Region 1AAAA selection. He has verbally committed to play football for the University of Alabama at Birmingham.

Defensively, Samuels had 36 tackles, one interception and four pass breakups. The fastest player on the team, he was also an All-Area selection by The Albany Herald.

Offensively, Samuels had 25 yards rushing, two touchdown receptions and 240 reception yards. On special teams, he ran fror a touchdown and 406 yards on kickoff returns and ran 134 yards on punt returns.

Hall had 119 carries for 621 yards, a 5.2 yards per carry and 10 rushing touchdowns. He also had one receiving touchdown.

McConnell had consistent technique as a primary blocker in the Bearcats split-back veer offense.