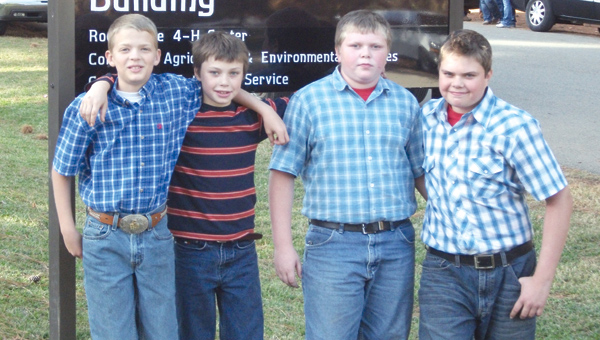 The Junior Team captured second-place honors. Seventh- and eighth-grade (or under) 4-H’ers are eligible to participate in the junior contest.

4-Her’s have been diligently practicing and preparing for the competition with practices held weekly for the past few months. 4-H Program Assistant Teresa Adkins serves as the team coach.

At the competition, the contestants judged classes of wildlife foods, wildlife habitat and wildlife management practices.

They also presented oral reasons for observations made through interpreting wildlife habitat from aerial photographs. As a part of the 4-H Wildlife Judging Team, members gain life skills of communication, teamwork, critical thinking and decision making, as well as targeting many other life skills.

Lindsey B. Hayes is the 4-H coordinator with the Decatur County Extension Service. She can be reached by calling 248-3033 or e-mailing her at uge4087@uga.edu.