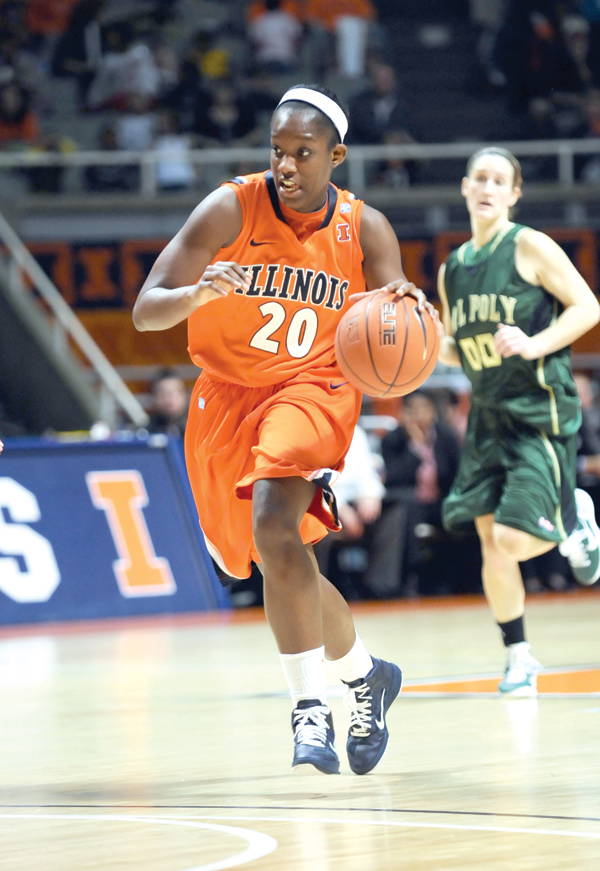 Former Lady Bearcat Alexis Burke is winning collegiate honors in her first season playing basketball for the University of Illinois.

Burke averaged 14.3 points, 3.3 rebounds and 3.0 assists while scoring in double figures in three games. Through the team’s first seven games, she is the team’s third leading scorer, with an average of 9.6 points per game, in addition to 2.9 rebounds per game.

She posted her second 18-point effort of the week, nailing four of six three point shots in a loss to the North Carolina Lady Tar Heels. She was named to the All-Tournament team at the Waikiki Beach Marriott Rainbow Washine Showdown in Hawaii. The Lady Illini fell to the Ole Miss Lady Rebels in the tournament’s third-place game.

The Fighting Illini return to action this Wednesday, Dec. 1 when they host NC State at Assembly Hall in the ACC/Big Ten Challenge at 7:30 p.m. They will then head out west to face Colorado in Boulder on Saturday in the Big Ten/Big 12 Challenge.

In her senior basketball season at BHS, Burke averaged 26.3 points and 13.8 rebounds per game. She was selected as the 2009-2010 Region 1AAAA player of the year and the Atlanta Journal Constitution 2009-2010 State Class AAAA girls’ player of the year.

Burke is the daughter of Grechelle Blocker of Bainbridge and the late Charles Burke. She has three sisters, Brittney, TiAndria and Tyra.