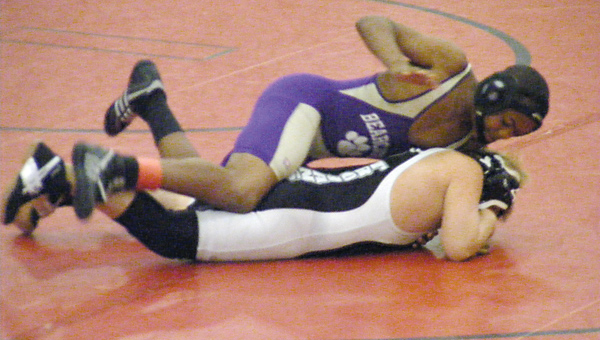 They defeated the Cougars 75-25 and lost a hard fought 38-66 decision to the Trojans.

“We have 45 solid wrestlers who are working hard in practice every day,” Smith said. “Nine of those are returnees from last season.”

“With very little knowledge, but a lot of determination and aggression, they performed beyond expectations,” Smith said. “Our returning wrestlers were just trying to get back in the groove after a long break from last season.”

“Two of our veteran guys, Curt Marshall and Mason Birdsong, recorded victories as well,” Smith said. “Our guys showed real heart and I can’t wait to see what the rest of the season holds after we get some quality practice time behind us.”