Core group back for Bearcats 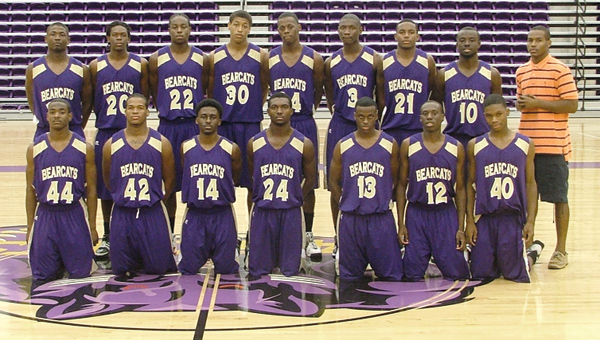 The Bearcats will open their regular season Tuesday, Nov. 30 against Malone Florida High School in Malone.

The top returner is 6-foot, 5-inch senior forward Devon Baulkman, the 2009-2010 Region 1AAAA player of the year. He averaged 20 points and 9 rebounds a game last season.

Also back are 6-foot, 4-inch junior center Rodney Glenn and 6-foot senior center Shawn Samuels who is probably the strongest leaper on the team.

Senior Rohan Gaines, who returns at guard, will be out until December due to a football injury.

Senior forward Jamar Cosby provides some height in the front court with his 6 foot, 5 inch frame.

Back at guard are a pair of 5 foot, 10 inch seniors, Ronald Crawford and Lee Glaze. Senior Rohan Gaines, another returning senior starter, will be out until late December as he recovers from an injury suffered during football season.

A player who will add depth to the forward position is 6-foot, 5-inch junior Trea Kelly, a transfer from Grace Christian Academy where he was most valuable player last season.

THE 2010-2011 BAINBRIDGE HIGH SCHOOL Lady Cats basketball team is ready to get their regular season underway. From the left,... read more