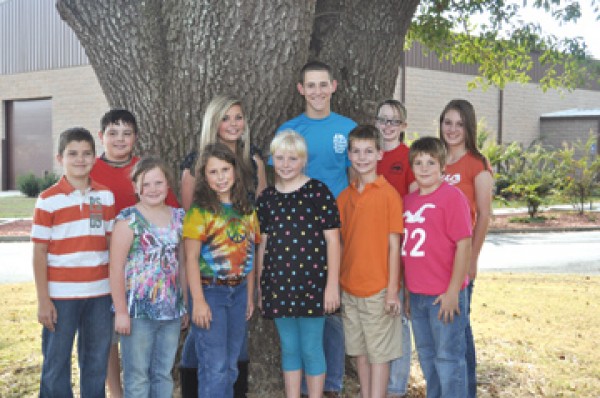 4-H and FFA show team members competed at the Georgia National Fair in Perry, Ga., which was held Oct. 8-16.

All exhibitors represented Decatur County well as they competed in their respective showmanship and classes for lambs, cattle and swine.

Lamb exhibitors shined as they participated at the fair.

Kelly Erving won sixth and seventh place with her lambs in weight class.

Asia Erving placed first, fourth and sixth with her lambs in weight class.

Cattle exhibitors competed in showmanship and the steer and/or heifer shows at the Georgia National Fair.

Will Bius placed first in class with his heifer and was Simmental Reserve Champion.

Hannah Bius placed second in class with her commercial heifer.

Swine exhibitors enjoyed a weekend in Perry as they competed respectfully in the breeding gilt, commercial gilt, and/or market hog show along with the showmanship competition.

Jason Long placed fifth in his purebred Yorkshire class and fifth, eighth-place with his market barrow, and fifth place in market gilt class.

Taylor Barber placed fifth in third/fourth-grade showmanship and eighth with her commercial gilt.

Macy Phillips was ninth in her purebred Yorkshire gilt class.

Cabe Rathel was third in showmanship and second and ninth in class.

These 4-H and FFA livestock exhibitors represent Decatur County as part of the Bainbridge Show Team as they take part in livestock shows over the south. As a result of their participation, these youth gain character traits including responsibility, caring and fairness among others, and certainly the reward of hard-work and dedication.

In addition, they practice numerous life skills including teamwork, self motivation, self esteem, critical thinking, decision making, goal setting, cooperation and communication. Congratulations to each student for their accomplishment!