BC gains recognition as it brings the world to its students 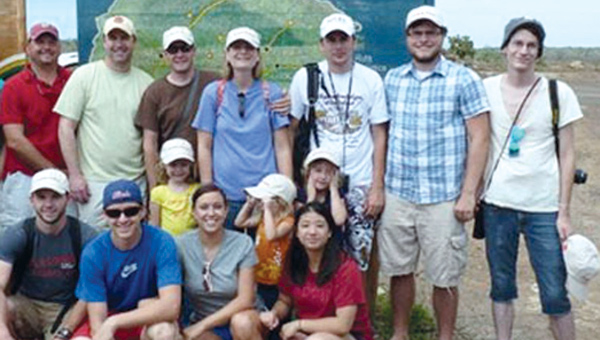 Bainbridge College (BC) sent a record 34 students abroad as part of its International Education Program for 2009-10 and hopes to match or surpass that number this academic year with courses in Belize and Scotland.

BC enrolled more students in the University System of Georgia (USG) European Council’s London program than did four-year institutions, said Dave Nelson, who led a study group to the London summer program.

The college’s level of involvement in USG international initiatives has resulted in leadership roles beyond Bainbridge and recognition of student achievement by the European Council, he said.

Nelson was elected member-at-large of the European Council’s Executive Committee. He is the representative for two-year institutions on the six-member committee. He co-chairs BC’s International Education Program with Library Director Susan Ralph, who has been chosen as treasurer of the Consortium of Belize Educational Cooperation, whose members are Belizean and American colleges and universities.

“It was a great year. We hope in the future that students choosing to enroll at Bainbridge College will see it as a vehicle for them to see the world,” he said.

In its continuing efforts to bring the world to its students, BC offered study abroad programs to Belize and Scotland.

BC is building on opportunities students had last academic year.

In May, biology students studied in the Galapagos Islands 600 miles off the coast of Ecuador.

Education majors went to Belize in March with Valley Rogers and Eric Dueno to study for a week. The 15 students gained valuable experience with cultures new to them, taught in local schools, conducted scientific experiments, climbed Mayan ruins, and zip lined through rainforests.

Nelson’s eight BC students, who studied in London five weeks through the USG European Council’s Summer London program, visited historic sites, including Stonehenge, the Tower of London, and Hampton Court. On weekends, they took excursions to Scotland, Wales and France.