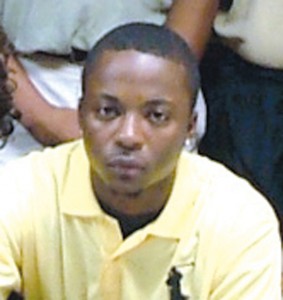 The Boll Weevils will be playing in the Chipola Junior College Classic in Marianna, Fla. They opened play against Chipola Friday night.

Lodman is a second-team, All-Alabama Community College Southern Division selection last year as a freshman. He also was a three-year starter under coach Rickey McCullough with the Bearcats and as a senior helped lead the Bearcats to the 2008-2009 Region 1AAAA championship and a berth in the state class AAAA Final 4.

Coach McCullough said Lodman is a great kid who he knew would get better and better at the college level.

Lodman, who stands 6-feet-1 and weighs 195 pounds, averaged in double figures while playing effectively at both shooting guard and point guard as a freshman.

Boll Weevils head coach Charles Cole said Lodman and the rest of the team have worked long and hard getting into top physical condition.

“It’s time to play, and we are excited about it,” Cole said. “We are anxious to get off to a good start.”

Lee Thomas, coach of the Bainbridge Dynasty Amateur Athletic Union (AAU) team that Lodman played for during the summer, talked about Lodman’s dedication to the game.

“James Lodman is a really hard worker who constantly strives to improve his game,” Thomas sai