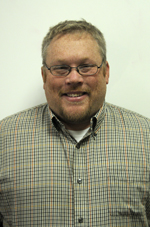 The new youth director for Bainbridge Leisure Services, Joey Lee, is having some trouble sleeping at night.
“Not because I have bad stuff on my mind,” he said, laughing, “but because I’m so excited and I’m trying to write stuff down about how I want my camps to look and stuff like that.”
Growing up in Blackshear, Lee has always been a sports guy. He’s a huge fan of the Atlanta Braves, played defensive tackle on his high school football team and joined a competitive softball team in college.
But he knew he wanted to work with youth. As a teacher and a middle school baseball coach, that much was clear to him.
Lee, his wife and two daughters moved to Bainbridge from Baconton three years ago. He sent his children to Grace Christian Academy and immediately began searching for job opportunities to work with kids. A year at Walmart, a year at Harvey’s and a construction job later, Lee finally found that opportunity with Bainbridge Leisure Services.
“That was the whole purpose — to get here and work with kids,” Lee said.
Now that he has that opportunity, Lee is looking forward to helping all youth involved with Leisure Services learn and grow into healthy athletes. Everywhere he’s been, Lee has been involved with youth and coaching, particularly putting his Ministry degree to good use with church youth. He spent a year-and-a-half as a delinquent youth counselor living out of a tent.
“I took bad kids out into the woods and tried to transform them,” he said. “We were living in pretty rough situations. It was awesome. But emotionally it wore me out, being that tied into something. And when you turned them lose, they were put into the same situation they were before they got in. So you don’t really know how much good you do.”
Moving forward, Lee wants to see a heavier focus on working with kids in camps and clinics, not to mention a smooth sports season.
“One of my main goals is I want the ball fields to be a pleasant, more positive place,” Lee said. “If we can get everybody in the one-team-moving-forward idea, we can cut down on some of the fights.”
One example of what Lee has planned is a series of baseball clinics.
With the season on the horizon, making sure youth are prepared is something he has at the forefront of his mission.
“My belief with baseball is you have to teach young kids how to catch and throw,” he said. “That’s just repetition. Teach them the right way and do it over and over again.”