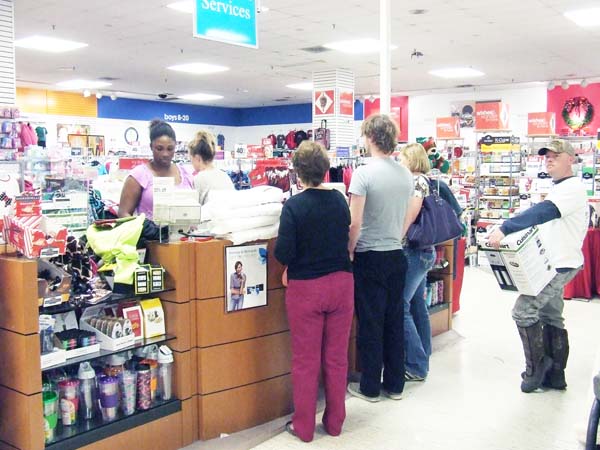 Belk’s was full of shoppers throughout Friday.

By BRENNAN LEATHERS and CAROLYN IAMON

Although it was pretty cold when shoppers lined up at Belk’s and Walmart at midnight on Friday, the weather warmed up into the 70s by the afternoon and Bainbridge streets were busy with shoppers traveling.

“We’ve had a lot of traffic today, maybe 33 to 50 percent more sales than on a usual day,” Miller said.

Some of the in-demand items are camoflauge jackets and footwear for men, as well as jewelry and gifts for women, he said.

“We’re hoping to hold this chill down,” Miller said. “Cold weather definitely drives hunting season. Last year, we had a warmer winter and it puts people out of the mood to go hunting. With the cold weather we’ve had recently, folks are checking out our heavier jackets more.”

Belk Department Store was full of shoppers who were looking for bargains and finding them. The shoe department was getting quite a workout as people sought just the right stylish boots, which are always big sellers this season.

Belk shoppers Mike Dix of Bainbridge, and Angus and Edwina Brunson of Chattahoochee, Fla., found some seats to take a rest from shopping and to get acquainted with each other.

“She was here early for that midnight thing, but I stayed home and slept,” he said. “Now that she is back and still shopping, I figured I’d better come along or I would be in trouble.”

The Brunsons said they come to Bainbridge often to shop and to eat out. The couple has been married 65 years and Mr. Brunson is retired from the Florida State Hospital. They were shopping for their two children and two grandchildren.

At Bainbridge Pharmacy, owner Edward Reynolds was busy filling prescriptions but was happy to talk about the variety of holiday gifts his store is carrying.

For women, the pharmacy has a selection of Mud Pie robes and matching pants in stylish color prints.

And as always, the premier featured items at Reynolds’ store are Byers’ Choice Christmas caroler figurines, Christopher Radko tree ornaments and a large selection of Vera Bradley bags and accessories.

Other unique items include lip balm in various holiday-themed flavors, beef jerky and other items from the famous Stripling’s Store in Warwick, Ga, and six different Nativity sets to choose from. 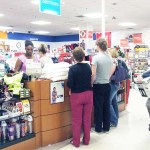 Belk’s was full of shoppers throughout Friday. 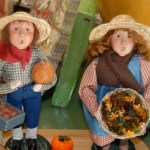 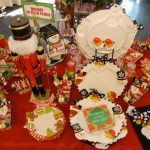 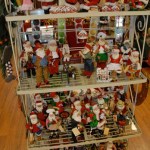 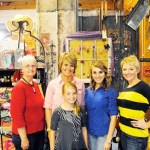 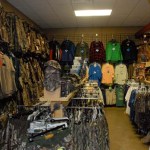 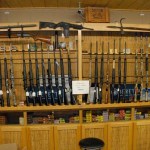 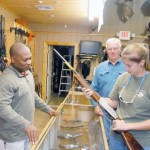 Firearms and hunting clothing and gear are popular items this time of year at Southern Trading Company. Customer Brooke Harrell checks out a 12-gauge Browning shotgun with her father Winfred, as part-time employee Redell Walton assists. 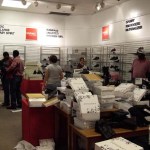 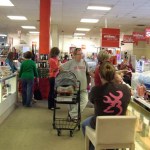 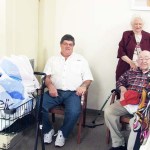 Shoppers Mike Dix of Bainbridge and Angus and Edwina Brunson of Chattahoochee find seats to take a rest from shopping and to get acquainted with each other. The full buggy belongs to the Dix family. 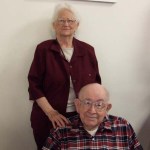