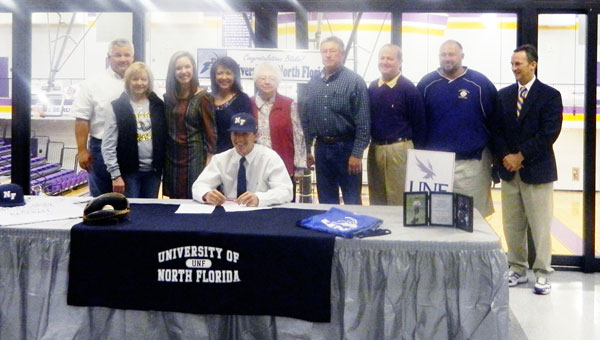 Prior to last season, Voyles was named to the Perfect Game USA All-American Team. The team annually recognizes the top underclass high school baseball athletes in the United States.

As a junior last year, Voyles, the son of Coley and Lil Voyles, banged out three singles, 10 doubles and a home run on his way to winning the John Hambrick Batting Average Award, which is named for a former Bearcat who lost his life in a drowning accident. He drove in 14 runs. Voyles hit .269 for his junior season. He was also walked 25 times, and finished with a .542 on-base percentage.

Howell said he was very proud of Blake, and was looking forward to his senior season with the Bearcats and following him at North Florida.

McCorkle and Miller both praised Voyles for his hard work and dedication.