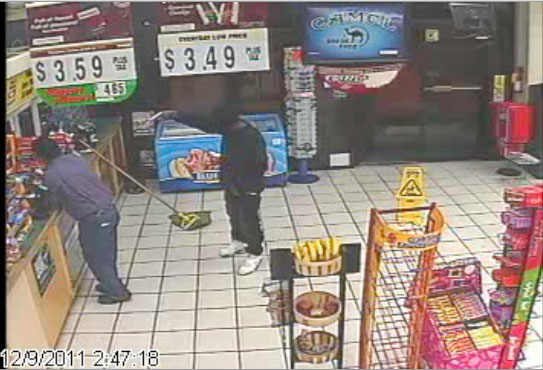 Decatur County Sheriff’s deputies are looking for two suspects that might be responsible for robbing a 24-hour Attapulgus convenience store at gunpoint last Friday, Dec. 9.

At approximately 2:46 a.m., Sheriff’s Deputy Nick Godwin responded to Bishop’s Travel Center, a gas station located off U.S. Highway 27 South near the Georgia-Florida border, in reference to an armed robbery.

A store clerk stated that a black male dressed in all black clothing and wearing a mask robbed him and another clerk at gunpoint.

Surveillance video showed the offender was wearing a black ski mask, black long sleeve shirt, black pants and white sneakers. The robber was not wearing gloves and had a chrome or nickel plated semi-automatic handgun. After taking a large amount of money from the store’s cash register, the robber left in a dark-colored sedan that was parked on the south side of the store. 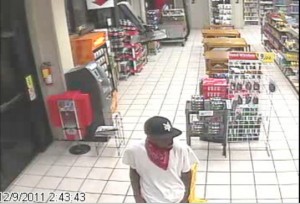 Investigators believe the robber may have had an accomplice who cased the store shortly before the robber entered. The suspected accomplice, also seen on surveillance video entering and exiting the store, was a black male wearing a black baseball cap with a white symbol on it, and wearing a red scarf around his neck and a plain white T-shirt. He had baggy black jeans and was wearing black tennis shoes with white trim.

Anyone with more information about the robbery is asked to call Sheriff’s Investigator Cheryl Roberts at (229) 400-8035.